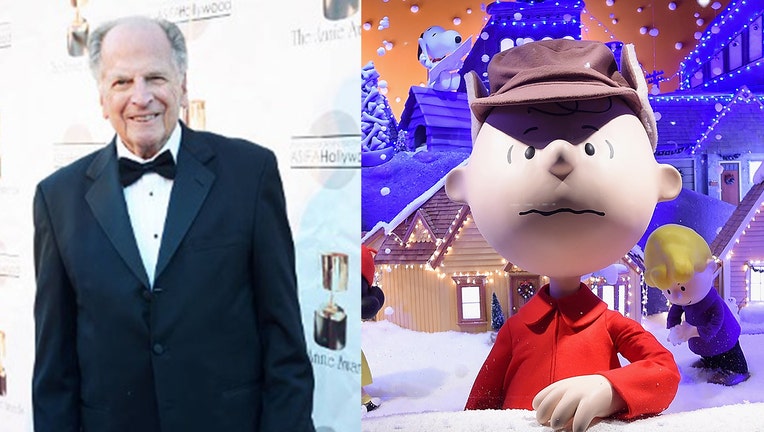 LOS ANGELES - Lee Mendelson, the producer who changed the face of the holidays when he brought “A Charlie Brown Christmas” to television in 1965 and wrote the lyrics to its signature song, “Christmas Time Is Here,” died on Christmas day, his son said.

Mendelson, who won a dozen Emmys in his long career, died at his home in Hillsborough, California, of congestive heart failure at age 86 after a long struggle with lung cancer, son Jason Mendelson told The Associated Press.

Lee Mendelson headed a team that included “Peanuts” author Charles Schulz, director Bill Melendez, and pianist and composer Vince Guaraldi, whose music for the show, including the opening “Christmas Time Is Here,” has become as much a Christmas staple as the show itself.

Mendelson told The Cincinnati Enquirer in 2000 that he was short on time in finding a lyricist for the song, so he sketched out the six verses himself in “about 15 minutes on the backside of an envelope.”

He found a choir from a church in his native Northern California to sing the song that sets the show’s unforgettable tone, beginning with Mendelson’s words:

“Christmas time is here, happiness and cheer, fun for all that children call, their favorite time of year.”

The show won an Emmy and a Peabody Award and has aired on TV annually ever since. The team that made it would go on to create more than 50 network specials, four feature films and many other “Peanuts” projects.

Mendelson also took other comic strips from newspapers to animated TV, including “Garfield,” for which he produced a dozen television specials.

His death was first reported by The Daily Post of Palo Alto.

Born in San Francisco in 1933, Mendelson’s family moved to nearby San Mateo when he was a boy, and later to nearby Hillsborough, where he went to high school.

He graduated from Stanford in 1954, served in the Air Force and worked for his father’s fruit-and-vegetable company before going into TV for the Bay Area’s KPIX-TV.

In 1963 he started his own production company and made a documentary on San Francisco Giants legend Willie Mays, “A Man Named Mays,” that became a hit television special on NBC.

Mendelson liked to say that he decided to turn from the world’s greatest baseball player to the world’s worst: Charlie Brown.