Just one day before finding the child’s body, police arrested 27-year-old Terrell Rhodes, who was in a relationship with the child’s mother. (Source: Las Vegas Metro Police Department)

LAS VEGAS - On Wednesday, officers in Las Vegas located the remains of Amari Nicholson, a 2-year-old boy who had been reported missing since May 5.

Just one day before finding the child’s body, police arrested 27-year-old Terrell Rhodes, who was in a relationship with the child’s mother. Rhodes faces a murder charge and is being held at the Clark County Detention Center, according to a news release.

Rhodes had been watching Amari at an apartment about two blocks from the Strip on May 5 when the child went missing, the Las Vegas Review-Journal reported.

After the initial investigation, the circumstances of Amari’s disappearance left police with suspicions. They brought in more resources, including a homicide unit, and eventually named Rhodes a suspect.

When they tried to arrest him, an altercation ensued and Rhodes managed to take an officer’s gun, authorities told local media. But officers de-escalated the situation quickly and took Rhodes into custody.

Charges from that incident are still pending, police said. 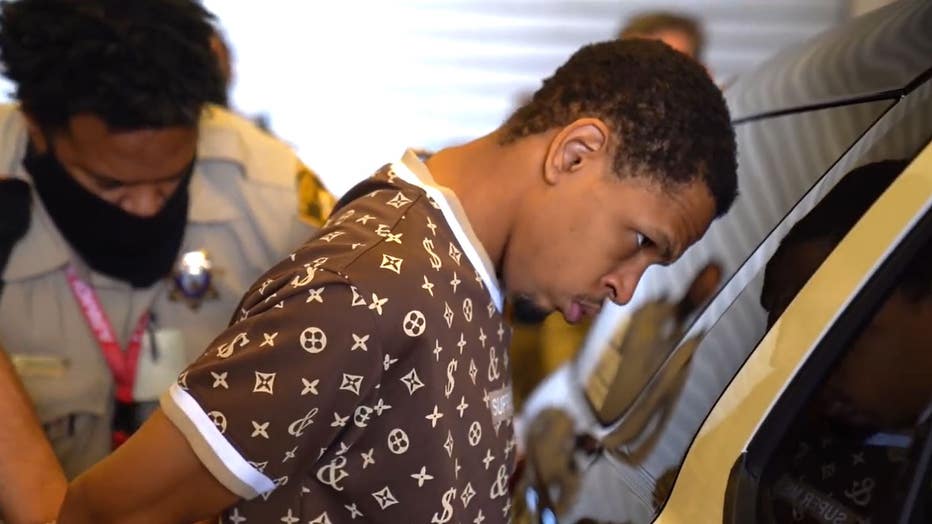 At his court appearance Wednesday, authorities said Rhodes had lied to them for a week before finally admitting he’d abused the toddler, the Review-Journal reported.

The prosecutor told the court Rhodes hid Amari’s body and officers later found blood on the wall of his apartment, along with the child’s soiled clothes, according to the newspaper.

That same day, authorities located Amari’s remains near the 400 block of East Twain Avenue. They did not reveal a cause of death.