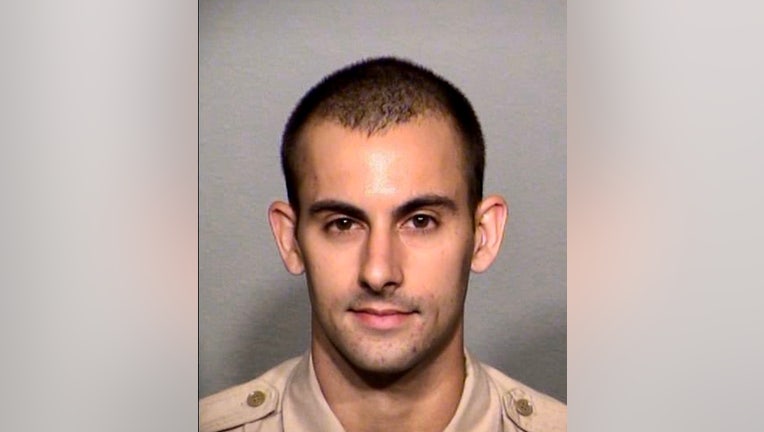 LAS VEGAS - A police officer who was shot in the head during a Las Vegas Strip protest of the death of George Floyd in Minneapolis is paralyzed from the neck down, on a ventilator and unable to speak, his family said in a statement released by police.

Officer Shay Mikalonis, 29, was shot June 1 during protests over the death of Floyd at the hands of police. The family statement released on twitter by the Las Vegas Metropolitan Police Department Saturday said he is expected to stay on the ventilator. He has been tentatively accepted at a spine rehabilitation center.

The family thanked doctors, nurses and staff at University Medical Center in Las Vegas for their care and the community for support and fundraising.

“Again, our family can never express our gratitude for all the support for Shay,” the unsigned family statement said. “We are always Las Vegas Strong and so proud of our community."

RELATED: Protests across Central Florida over the weekend remain peaceful

Prosecutors have charged a 20-year-old man with deliberately shooting Mikalonis during the protest, one of hundreds being held across the nation. A judge who reviewed evidence at June 5 court hearing said that police video shows Edgar Samaniego “walking by, taking out a gun and firing ... at officers.”

He is charged with attempted murder, battery and firearms charges and is being held in lieu of $1 million. An appointed public defender, Scott Coffee, said after the hearing that Samaniego will plead not guilty. Samaniego also is being held without bail on accusations that he violated the terms of release on separate misdemeanor driving under the influence and illegal drug possession charges.

Protests of the Floyd killing and other police misconduct continued across the nation on Saturday night, including one in Las Vegas.

The Las Vegas Review Journal reported that officers issued orders to disperse at a protest involving about 150 people and used pepper spray before the arrests. The Metropolitan Police Department declined to provide information on arrests Saturday night.

The Las Vegas National Lawyers Guild said in a tweet that six of its legal observers were detained but later released.