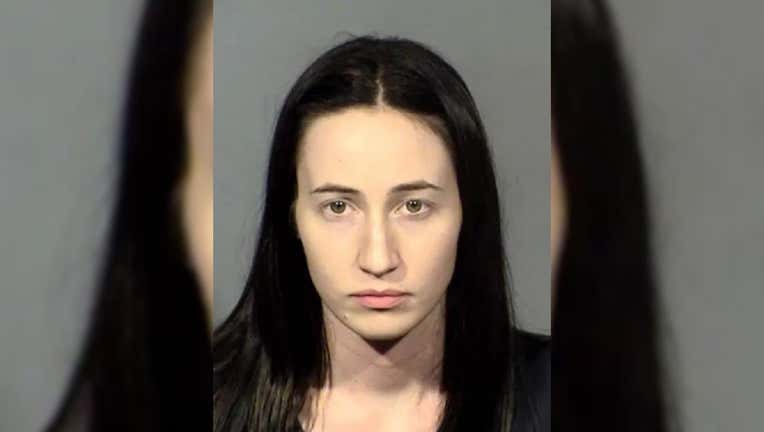 Laurren Courtney, 22, is charged in the death of a young boy after home security video caught her abusing him. (Las Vegas Metropolitan Police Department )

LAS VEGAS - A Las Vegas babysitter has been charged in the death of a 5-year-old boy after home surveillance video showed her kicking the child in the head because he urinated in his pants, authorities said.

Laurren J. Courtney, 22, was babysitting Ryan Peralto and his sister on March 11 while their parents were at work, the Las Vegas Review-Journal reported. He died the next day after suffering several injuries, including damage to his skull, liver, spleen, intestines and brain.

Kaiea Peralto told authorities he installed home security cameras after his daughter told him that Courtney had hurt Ryan, his son. He said he checked the camera on his phone during his work breaks and saw his son motionless on the couch while Courtney was cleaning fluids off the floor.

When he called her, she said the boy had thrown up blood. Peralto left work and reviewed the video, which showed Courtney allegedly kicking Ryan in the head.

When she was arrested, she told authorities she had gotten upset when Ryan urinated in his pants. She shoved him and his head hit the floor, she said, according to police.

"(Courtney) stated this is a continual problem and she is tired of having to clean up after him multiple times, week after week," a police report said. "According to (Courtney), when Ryan urinated himself today, that was the final straw that triggered her anger."

Courtney now faces a first-degree murder charge related to child abuse. She is scheduled to appear in court May 18.