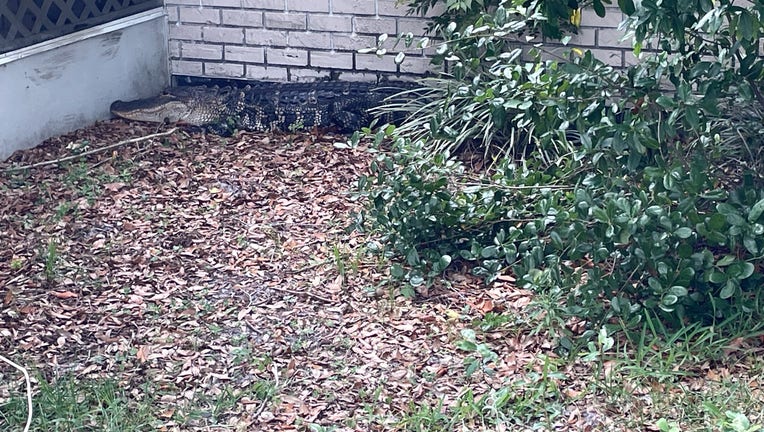 DELTONA, Fla. - A large alligator was killed Tuesday after it entered the backyard of a Volusia County home, according to the City of Deltona.

The resident was home at the time and stayed inside as the fire department contacted animal control.

ONLY IN FLORIDA: Alligator jumps up, tries to snatch GoPro camera

Officials say animal control had to call the Florida Fish and Wildlife Conservation Commission for help because the gator was too large for city crews to capture.

An FWC trapper came to the home about 20 minutes later but had to kill the gator because it was also too big for them to relocate.

The trapper took the gator's carcass.

City officials say there is a body of water – Angela Lake – located a block from the home.