A local group of volunteers, motivated to protect the future of Lake Eola Park, has announced the creation of Orlando Land Trust (OLT) and its first capital campaign to protect and create green space at the park. OLT seeks to raise $3.5 million for the purchase of the northeast corner site at E. Central Boulevard and N. Rosalind Avenue, currently home to a 7-Eleven convenience store.

ORLANDO, Fla. - A movement to keep Lake Eola Park green and free of high-density development is gaining support from local leaders with the creation of a new land trust.

Two self-proclaimed “little old ladies,"  Lynn Long and Eugenia Sefcik, said they won’t stop until they get what they want -- and that is to purchase a corner lot on Rosalind Ave. and Central Blvd., then tear down the 7-Eleven and restore it to public green space.

“We decided to develop a land trust,” 70-year-old Lynn Long said, “and we would buy the property ourselves and we knew that if we could purchase this spot on the corner, we could at least inhibit a large parcel from going up where there would be ingress or egress on Rosalind Ave.”

That large parcel is a 28-story skyscraper dubbed the City Centre, that Orlando’s planning board unanimously approved back in 2015 despite residents protesting its effect on traffic, noise and Lake Eola Park.

“It would put the lake in the shadows and it would spoil Lake Eola,” Long said. “Lake Eola is the crown jewel of Orlando. It’s where we grew up. It’s the heart and soul of our community.” 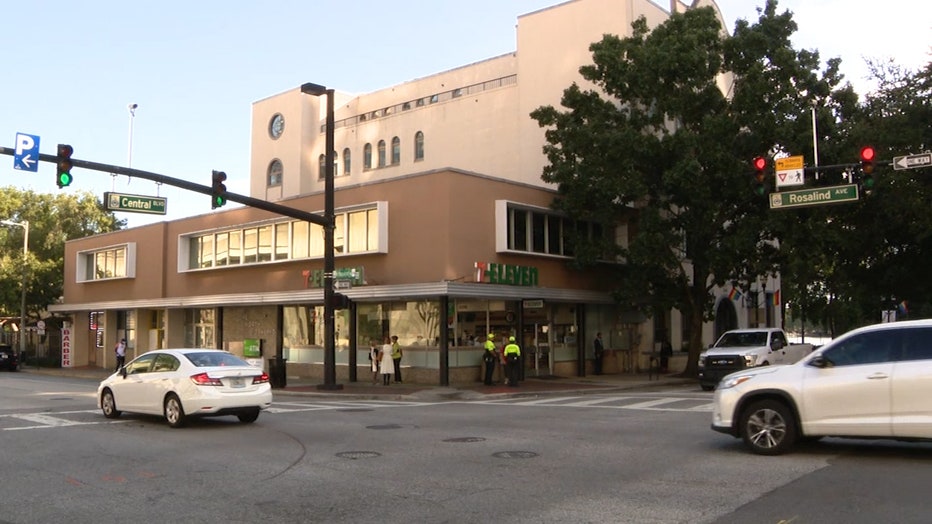 City Commissioners like Patty Sheehan said their hands were tied since property owners have rights, which is why she said she supports these two “little old ladies” forming the Orlando Land Trust to purchase the lot next door.

“Once you own that property, you have the right to convert it back to a park,” Sheehan said. “So I’m delighted to see the land trust going forward.”

In fact, the Orlando Land Trust is already under contract to buy the land. They just need the money to make it happen - $3.5 million.

“We want this to be about the community,” Long said. “No donation is too small. My little grandson said he would give me five dollars out of my piggy bank.”

They said they will make it happen and when they do they will donate the property back to the city of Orlando.

With deed restrictions to always be used for park space,” Long said.

The clock is ticking. They have 18 months to come up with the funds.