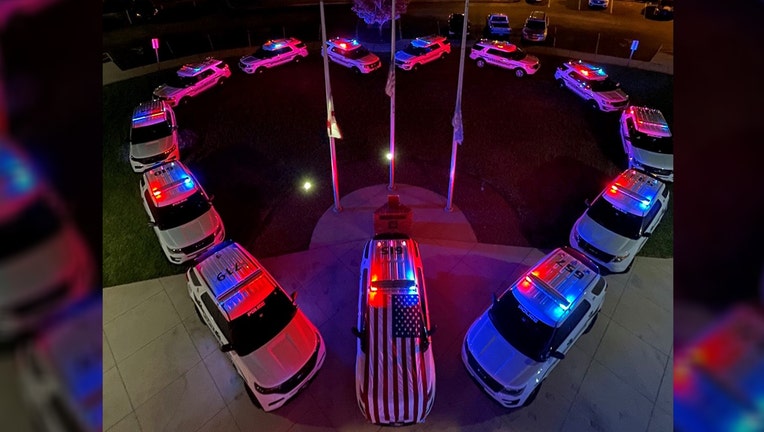 KISSIMMEE, Fla. - The Kissimmee Police Department honored the 13 United States servicemen and women who were recently killed in Afghanistan.

A photo on social media shows 13 patrol cars lined up in the shape of a heart, with one draped with an American flag.

"13 patrol cars for the 13 servicemen and women who lost their lives in Afghanistan. Our hearts go out to their families and friends. May they Rest In Peace and never be forgotten," the department tweeted.

The Department of Defense on Saturday identified the 13 U.S. service members who were killed in a suicide bombing at Afghanistan’s Kabul airport this week. More than 160 Afghans also died.

President Joe Biden said in a statement Saturday that the 13 service members whose lives were lost "were heroes who made the ultimate sacrifice."

RELATED: Who is the last U.S. soldier to leave Afghanistan?

"Their bravery and selflessness has enabled more than 117,000 people at risk to reach safety thus far. May God protect our troops and all those standing watch in these dangerous days."

These are the names of the victims to keep in your thoughts:

Watch FOX 35 News for the latest updates on the crisis in Afghanistan.