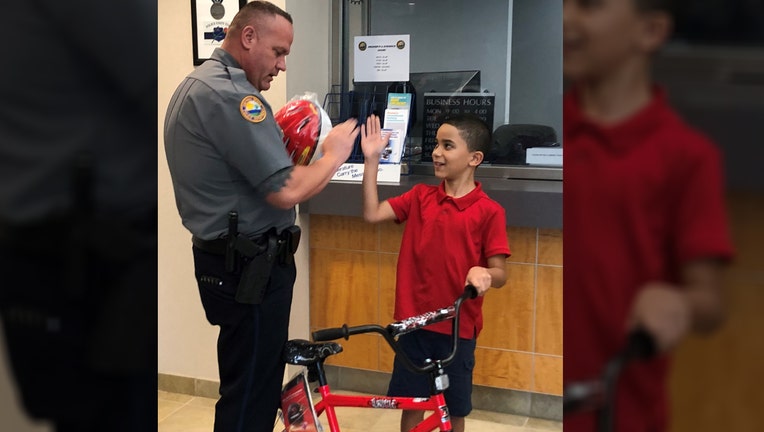 DAYTONA BEACH, Fla. - A kid received a new bike after his was stolen thanks to the Daytona Beach Police Department.

MORE NEWS: Boy who broke down crying in viral video after beating cancer rings bell to mark end of chemo

Thankfully though, they said that they were able to give Kaeden a brand new bike.