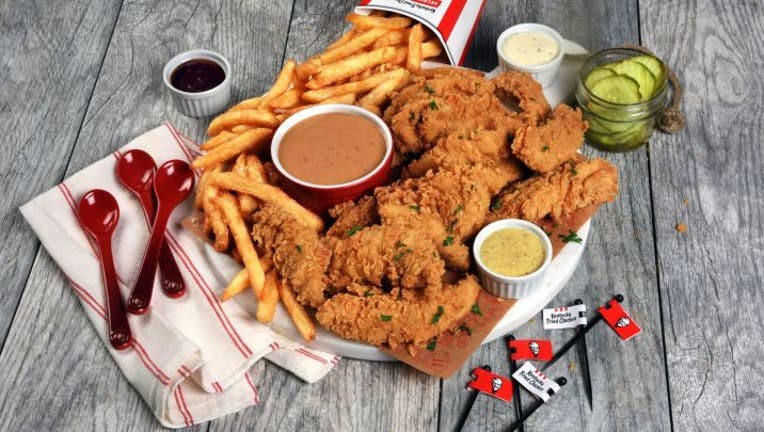 A new KFC Sauce has replaced the fast food chain’s signature sauce, a KFC spokesperson has confirmed to FOX Business.

“KFC is always testing new products and evolving menu items to evaluate what resonates with consumers, and the new KFC sauce ultimately phased out the Finger Lickin’ Good Sauce in all U.S. markets,” the spokesperson wrote via email.

The “tangy, smoky-sweet” KFC sauce became available nationwide on Monday and is meant to be paired with the chain restaurant’s extra crispy tenders, according to a press release issued by KFC.

"When we set out to create a new signature dipping sauce, we went right to the experts – our customers – to find out what made a sauce best-in-class for dipping," remarked Andrea Zahumensky, a chief marketing officer at KFC U.S., in a statement. "We went through 50 iterations, and their response to this recipe was overwhelming!"

Three other KFC sauces have been “revamped,” including classic ranch, honey BBQ and honey mustard. The brand has also introduced KFC Hot Sauce.

The end of KFC’s Finger Lickin’ Good Sauce comes after the chain’s official pause of the iconic slogan from which the sauce’s got its name.

In August, KFC said it would temporarily retire its 64-year-old “Finger Lickin’ Good” slogan in response to the global coronavirus pandemic.

“We find ourselves in a unique situation — having an iconic slogan that doesn’t quite fit in the current environment,” said KFC’s global chief marketing officer Catherine Tan-Gillespie, in a press release at the time. “While we are pausing the use of 'It’s finger lickin’ good,' rest assured the food craved by so many people around the world isn’t changing one bit.”

KFC made $260 million in the first half of 2020, according to unaudited operating results noted in YUM! Brands, Inc. second-quarter earnings.