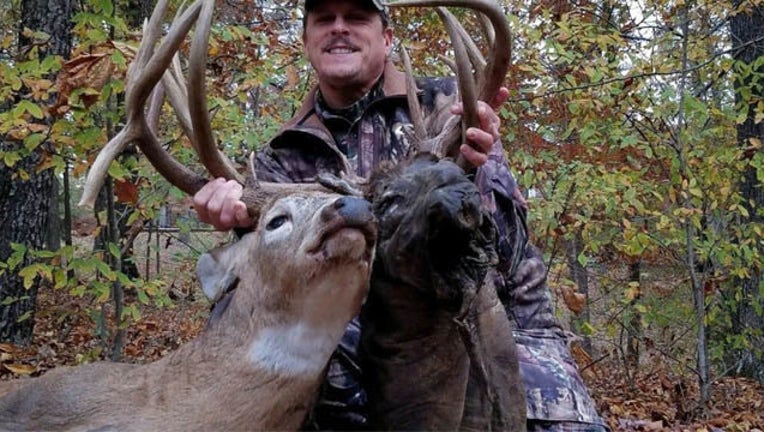 "Bob Long saw big antlers when he took aim at his buck at a distance, but what he found upon recovery was astounding..." (Kentucky Department of Fish and Wildlife Resources)

As the saying goes, two heads are better than one — or in one hunter’s case, two sets of antlers. A man in Ballard County, Kentucky recently bagged a “two-headed” deer, the state’s Department of Fish and Wildlife Resources announced Thursday.

The hunter, who the wildlife agency identified as Bob Long, took aim at a buck with “big antlers” off in the distance. After making his shot and killing the animal, Long approached it and made an “astounding” discovery: The buck was “carrying around another set of antlers and part of a decomposing carcass,” the agency explained.

The deer, which was "truly a rare harvest," state wildlife officials said, has garnered thousands of reactions on the social media platform, many users responding in both awe and disgust.

“Bet they were fighting and that's the end result!! Just idea,” one person theorized.