The Orange County Sheriff’s Office received a call Tuesday around 10 p.m. about a stabbing that occurred following some sort of dispute between neighbors in San Clemente.

The victim, identified as 60-year-old Ray Windsor, suffered multiple stab wounds and transported himself to a local hospital. His injuries are not considered life-threatening, officials said.

Adam Abdul-Jabbar remained at the scene and was arrested without incident.

FOX 11’s Susan Hirasuna spoke to Windsor, who says he doesn’t understand what set Adam off. The two have been neighbors for a long time.

The 28-year-old shares a San Clemente home with a woman he calls grammy.

“This is not a racist thing, nothing to do with race or color. Like I said I’ve known him since he was six,” Windsor said.

Windsor says the woman Adam Abdul-Jabbar calls grandma is not a blood relative, but more of a long time caretaker.

Windsor told FOX 11, that more than once he told Abbdul-Jabbar he should help her more often.  And it was a conversation this week, just like that--- he believes set off the chain of events.

“I mentioned to him about not taking his grandma’s trash can down. He said ‘shut your mouth, I’m going to stick a knife in your teeth.’  I said really, because I thought he was only joking,” Windsor stated. 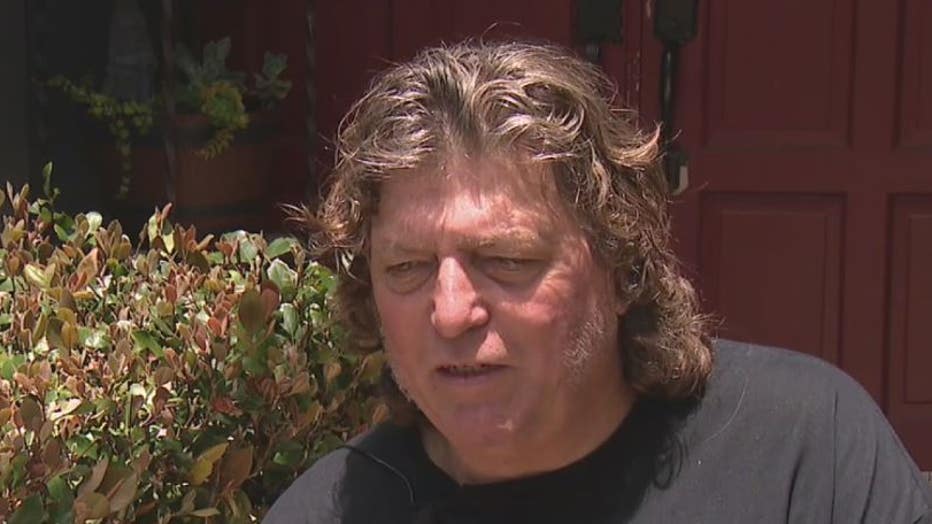 Windsor was shocked when he said the man started hitting him. He then realized he was stabbed after seeing a lot of blood.

“I knew I was in critical condition by the amount of blood on the ground and the way it was pumping out of me in my back especially.”

Windsor pulled up his shirt to show the multiple staples doctor used to stich him up. In all, he has seven knife wounds including one that entered his brain. The medical port is for a daily dose of antibiotics.

Orange County Sheriff’s Department confirmed they are investigating the stabbing. Abdul-Jabbar was booked on suspicion of assault with a deadly weapon and released on $25,000 bail.