A man accused of causing his girlfriend's death faced a judge on Thursday. Police said 21-year-old Noah Motto and 18-year-old Ericka Dane were arguing when he left in his truck. Witnesses told authorities she tried to stop him and was hit.

ORMOND BEACH, Fla. - A suspect accused in an incident that left an 18-year-old dead made his first appearance Thursday afternoon.

A judge set Noah Motto’s bond at $25,000. He’s charged with leaving the scene of a crash involving death. Ericka Dane, 18, was killed.

Investigators said Motto and Dane were arguing early Wednesday morning at a home in an Ormond Beach subdivision.

A witness told police they saw a black pickup truck hit Dane, and according to the police report Motto "paused but never stopped" and left the scene.

Several neighbors and witnesses called 911 to report the incident.

Motto has hired a private attorney. 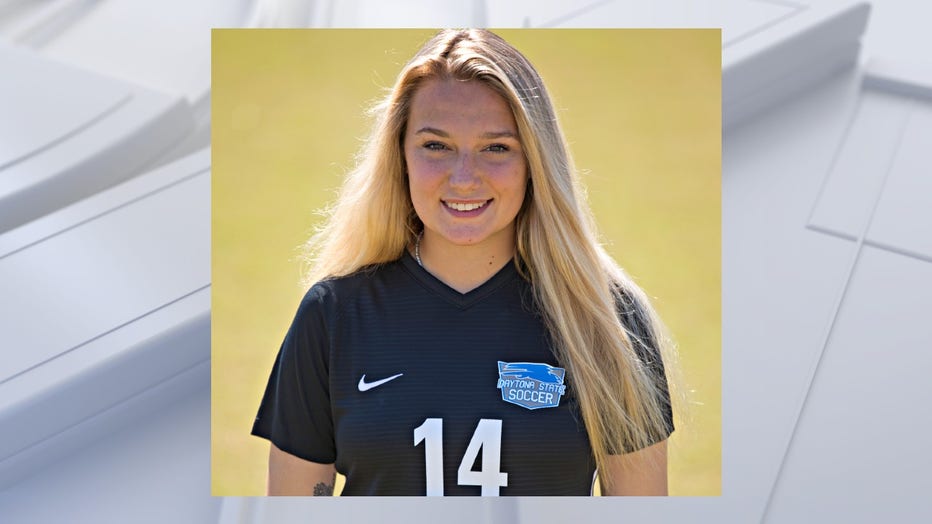 Dane was a freshman at Daytona State College (DSC) who played for the women's soccer team. She started at DSC in the fall of 2020 and was pursuing her Associate of Arts degree.

In a statement sent to FOX 35 News, DSC President Dr. Tom LoBasso said the campus was saddened to learn of Dane's death.

"A bright and talented student has tragically been taken from us, and this is a heartbreaking loss for our college community. Our sincere condolences go out to her family, friends, and teammates," he wrote.

A Go Fund Me page has been set up by the family to help cover funeral expenses.