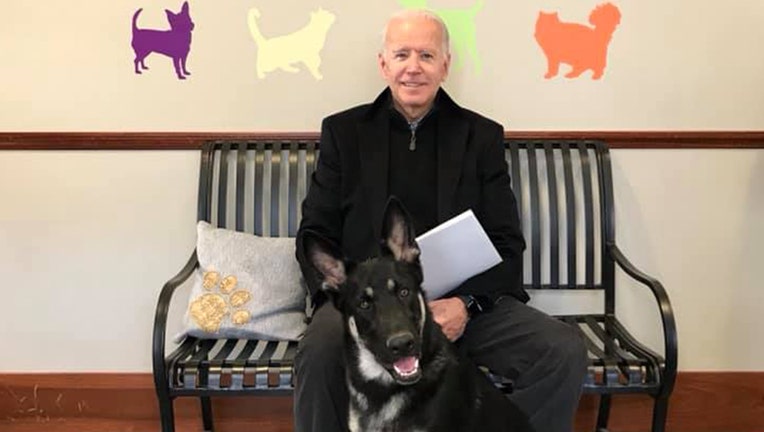 WILMINGTON, Del. - The tradition of presidential pets will return when president-elect Joe Biden assumes the office next year, but one of his pooches will be making its own history.

Major, a German shepherd, found his forever home with the Bidens in 2018. He will be the first shelter rescue dog in the White House, according to NBC News.

The pooch was adopted by Biden and his wife, Dr. Jill Biden, from the Delaware Humane Association two years ago. At the time, the organization said, the Bidens bonded with the pup while fostering him. Then, they were "ready to make the adoption official."

In addition, the Bidens have "Champ," another German shepherd.

According to the Washington Post, President Donald Trump was the first in 100 years to not have a dog.