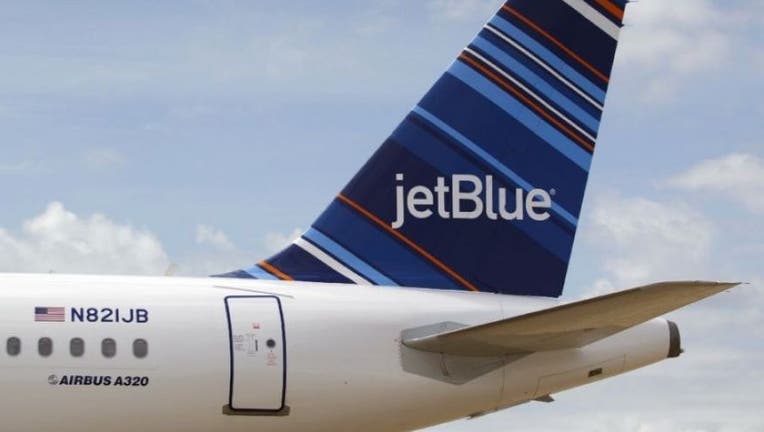 Dozens of JetBlue passengers were left sitting on an idle plane in Massachusetts after staff left for the night and no one was there to assist them off the plane.

"It was silence, then the pilot said, 'I have something embarrassing to tell you guys — there is nobody to get you off the flight,'" Sabrina Ruelle told WCVB on Tuesday. "They had no staff available to get us off the airplane!"

The passengers departed from New York's JFK Airport late Monday night for Worcester Regional Airport. They then sat on the tarmac for nearly an hour early Tuesday morning after one JetBlue crew member trained on safely operating the jet bridge left sick without assisting passengers off the plane, Boston 25 News reported.

Another crew member trained on operating the jet bridge was called to assist, but passengers still had to wait 45 minutes. Police were also called to assist with the situation, according to WCVB.

"The state police were there and they were going to have to evacuate us, but then they got a hold of a JetBlue manager and had to have him drive from his house to the airport to let us off the airplane," Ruelle said.

Ruelle, who was heading home to her six-month-old son, said there were young families on the plane.

"I saw this one woman who was feeding her baby before we got on the flight," Ruelle said. "You could tell they were already exhausted, and they were stuck on that flight the whole time and the baby was crying."

JetBlue plans to contact passengers with an apology and offer a $50 travel credit, Boston 25 News reported.

JetBlue said in a statement "we are working with our business partner who operates our ground team in Worcester to determine why a crewmember was not in place at the jet bridge to ensure this remains an isolated incident. We know any delay is a frustrating situation and apologize for the wait."