LANSING, Mich. - A zoo in Michigan is celebrating its newest addition, a rare black rhino born on Christmas Eve.

It was the first black rhino calf born at the zoo in its 100-year history.

“As this is Doppsee’s first pregnancy, the animal care and veterinary staff will continue to monitor Doppsee and her calf closely in the next few weeks,” said Potter Park Zoo veterinarian Dr. Ronan Eustace. “But so far, the rhino calf appears healthy and we have observed frequent nursing shortly after the birth, which is encouraging.”

The yet-to-be-named calf stood up about an hour and a half after birth, zoo officials added. 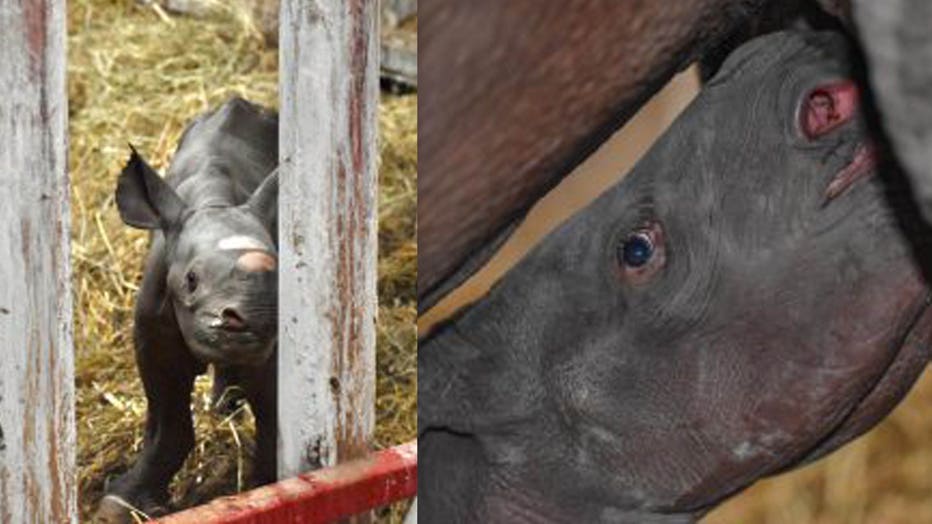 Black rhinos are critically endangered and are being pushed to the brink of extinction by illegal poaching and loss of habitat, zoo officials said. Current estimates show that only about 5,000 individual black rhinos remain in the wild today.

The father, Phineus, came to Potter Park Zoo in 2017 from Texas specifically to breed with Doppsee, the zoo said. On average, less than two black rhino calves are born in human care each year.

“This is a monumental moment for Potter Park Zoo that has taken our staff years of planning and hard work,” said Potter Park Zoo Director Cynthia Wagner. “We are dedicated to conserving rhinos and couldn’t be more excited about this successful black rhino birth.”

Mother and calf are bonding in the rhino barn at the zoo and will not be visible to the public until weather allows in the spring of 2020. Officials said the zoo will post regular updates on its social media platforms, as well as its Potter Park Zoo blog.