LAKELAND, Fla. - A three-and-a-half-year-old female bald eagle who was found injured was released back into the wild at the Polk County Sheriff’s office on Friday.

She was discovered nearby at the landfill with several broken bones last month.

Polk Deputy Kamie Scarborough had the honor of letting her go. After taking off the birds mask meant to keep her calm while she was being transported, Scarborough gently lifted the eagle into the air and let go. The bird quickly headed skyward, made a loop around the small crowd below, and was gone.

"It was life-changing," Scarborough told FOX 13. "I held the most precious bird in this nation, and not many people can say that."

The eagle was just one of the more than 1,200 rescues that the Raptor Center of Tampa Bay pulls off every year. 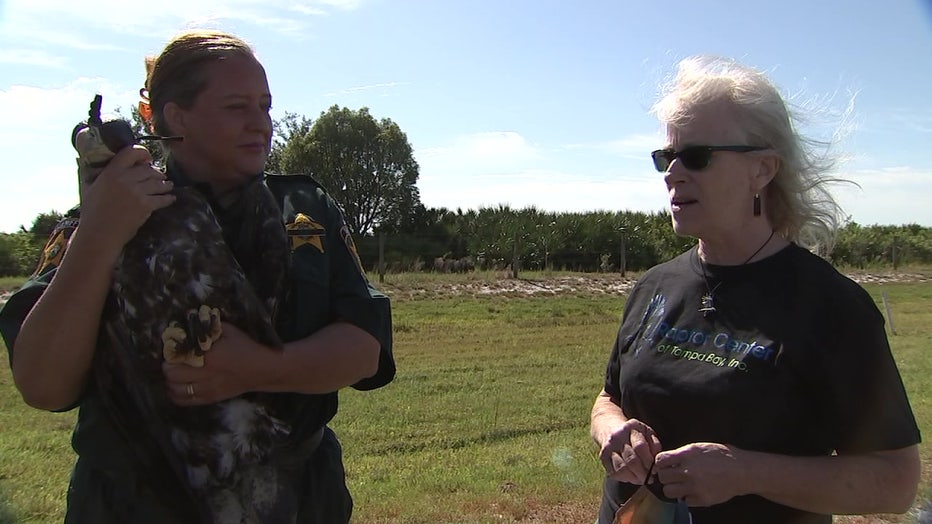 Murrah and more than 100 volunteers rescue, nurture, transport and release critters, primarily birds of prey, from Hernando south to Hardee County. It is a never-ending job.

They are especially busy this time of year. It’s baby season when the number of birds arriving at the center triples.

"We let one go, we get three in," said Kim Rexroat, a volunteer.

So, the center is on a never-ending search for financial support. The bill for rats and other food can run up to $1,000 a week. 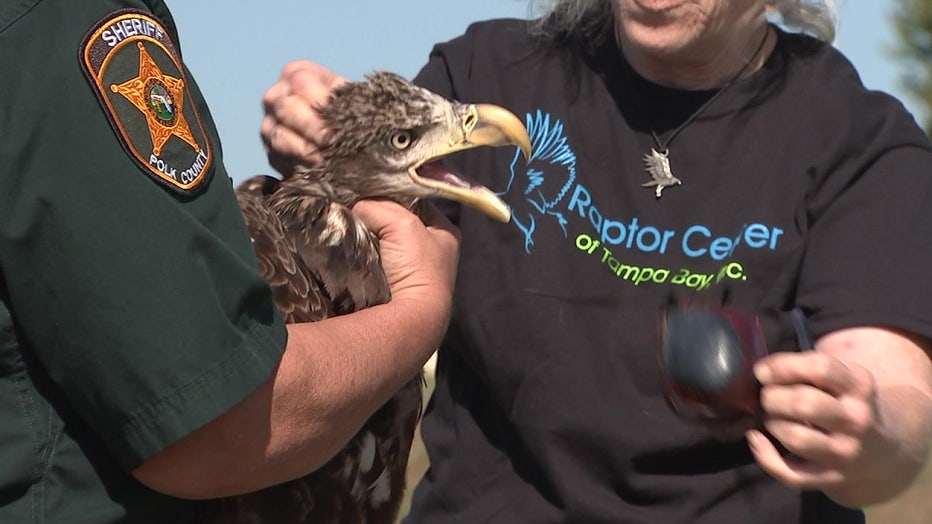 The workload has gotten so big, the center has outgrown its current quarters.

Murrah keeps some of the birds in her tightly packed Brandon backyard and others on a larger property in Riverview.

The group is currently looking for a place to relocate, possibly closer to Polk County, where more than 40 percent of its rescues come from.

The Raptor Center of Tampa Bay is having an open house this weekend for anyone interested in getting up close and person with the birds. Click here for more information.