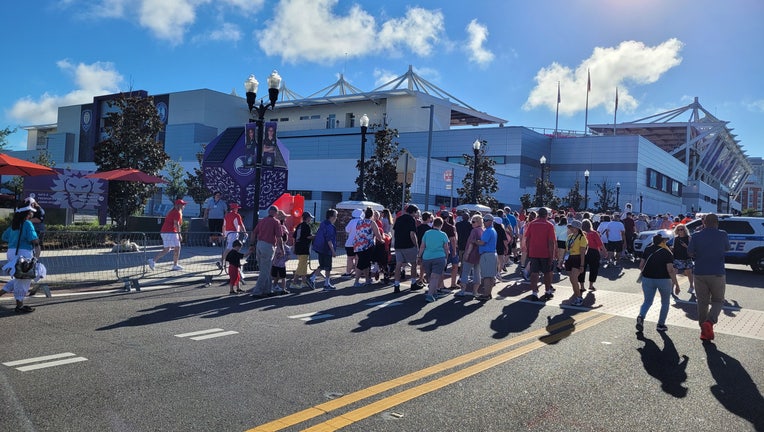 ORLANDO, Fla. - Team by team, they walked into Orlando’s Exploria Stadium –  5,500 athletes and coaches in town for the Special Olympics USA games.

Warden said Special Olympics does so much for the athletes. "It gives them a sense of well-being, self-esteem, teamship, members to hang out with, friendships that last their whole life."

She said the games have helped their son open up. "It's helped him come out of his shell. He loves coming, seeing all the people, and participating, and being involved in athletics."

This year, Special Olympics athletes are able to compete in four new events: open water swimming, cheerleading, equestrian, and surfing.  In all, athletes will compete in 19 Olympic-style team and individual sports, and 30 different events. There will also be an e-sports tournament, hosted by Full Sail University.

The Special Olympics USA games will run in Orlando through June 12. Eve Vance, a Team Texas staff member, said Special Olympics is always there for the athletes. "Every state has delegations that operate year-round, so they have area competitions, local competitions, then state games. Then every four years we have USA games. Then they have world games on top of that, after this one."