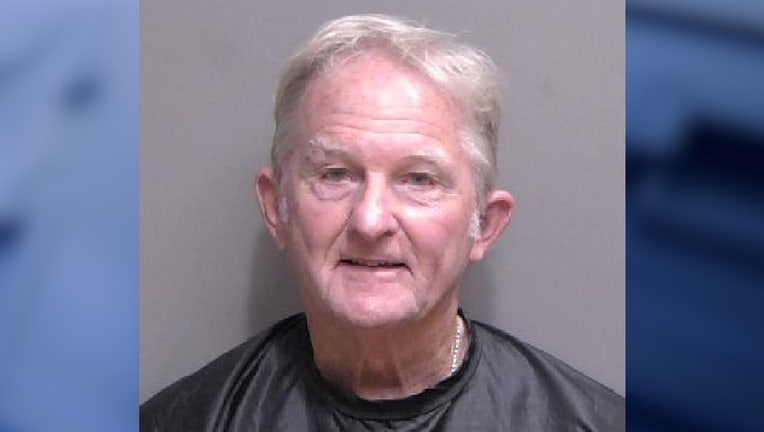 PALM COAST, Fla. - A Florida man is accused of striking a traffic control worker with his Porsche Cayenne after the two got into an argument over where he could go with his vehicle, according to the Flagler County Sheriff's Office.

Authorities said the worker, who works for a private company in charge of re-paving the roadway on Camino Del Mar Parkway, was directing one-way traffic through the Palm Coast area around 1:30 p.m. on Thursday, Nov. 3, when he noticed the driver of a black Porsche – later identified as 76-year-old Donald Allen Steimle – enter into the single lane of travel when it was not his turn.

The victim tried to stop Steimle to prevent a head-on collision, FCSO said in a news release, but Steimle reportedly became "irate and yelled at the victim before revving the vehicle’s engine and lunging forward," hitting the victim in the legs.

After the worker was hit, deputies said he moved out of the way, and the driver continued onto Granada Drive. The worker, who was not seriously hurt in the incident, was able to capture a picture of the vehicle's license plate, which helped lead deputies to Steimle.

He was arrested at his home about 90 minutes after the incident on a charge of aggravated battery with a deadly weapon.

Steimle has since posted bond and was released from jail.