The Federal Reserve signaled Wednesday that it plans to begin raising its benchmark interest rate as soon as March, a key step in reversing its pandemic-era low-rate policies that have fueled hiring and growth but also escalated inflation.

WASHINGTON - Federal Reserve Governor Michelle Bowman said Monday that she was open to lifting interest rates by more than the traditional quarter-point at the central bank's next meeting in March.

Bowman's comments came after several officials on Friday pushed back against the idea of a half-point increase in the Fed's benchmark short-term interest rate. The Fed is looking to raise rates as inflation surged to 7.5% in January compared with a year earlier, the biggest increase in four decades.

The debate over how quickly to raise interest rates is being closely watched by financial markets and also could have an impact on the broader economy. Many economists have said the Fed has moved too slowly in response to an unexpectedly persistent surge in prices, raising the risk that inflation could remain high. But if it raises rates too quickly, the Fed risks choking off growth and hiring.

The bank is almost certain to start lifting interest rates at its March 15-16 meeting, with most officials who have expressed views backing a quarter-point increase. However, James Bullard, president of the Federal Reserve Bank of St. Louis, has expressed support for a half-point hike sometime at the Fed’s next three meetings.

Any increase next month would be the first since 2018. 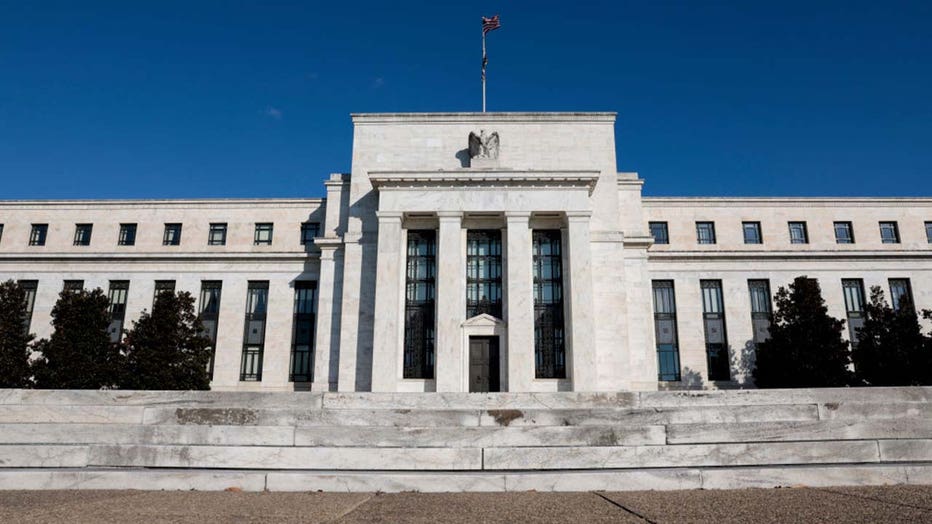 FILE - A view of the Marriner S. Eccles Federal Reserve building on Jan. 26, 2022 in Washington, DC.

Bowman said in prepared remarks to an American Bankers Association Conference in Palm Desert, California, that she supported lifting rates next month and that "if the economy evolves as I expect, additional rate increases will be appropriate in the coming months."

"I will be watching the data closely to judge the appropriate size of an increase at the March meeting," she added, suggesting she is open to a half-point hike.

The Fed's rate increases typically push up borrowing costs for consumers and businesses, slowing the economy's growth. Average mortgage rates have already risen to nearly 4%, the highest since 2019, as markets have moved in anticipation of the Fed's increases.

Before joining the Fed's board in 2018, Bowman was the top bank regulator in Kansas and has not been a leading voice on the Fed's interest rate policies. Still, as a Fed governor, she has a permanent vote on interest rates, and three of the seven governor seats are now vacant.

Bowman also said "inflation is much too high" and "is a heavy burden for all Americans, but especially for those with limited means who are forced to pay more for everyday items, delay purchases, or put off saving for the future."

She said higher prices will likely continue for the first half of the year, potentially declining in the second half, "but there is a substantial risk that high inflation could persist."

Disrupted supply chains have slowed the production of goods like cars, furniture, appliances and electronics, even as demand for those items has soared, a key reason for higher inflation. Bowman acknowledged the Fed can't do anything about supply problems but said it could address strong demand by ending its ultra-low interest rate policies that are "no longer needed."

John Williams, president of the New York Fed, said Friday that he did not "see any compelling argument to take a big step at the beginning" of rate hikes, indicating he supports a quarter-point boost next month.

Most economists expect six or seven rate hikes this year, which would be a quicker pace than the last time the Fed tightened credit, from 2015 to 2018. Investors have priced in a 70% chance of at least six increases this year, according to CME's Fedwatch.

Fed Governor Lael Brainard said Friday that she expected the Fed to initiate a "series of rate increases" at its meeting in March. She also said the financial markets' expectations are "aligned with" the Fed's plans, suggesting she supports investors' view that there will be six rate increases this year.

The Fed also has said it will start reducing its $9 trillion in bond holdings later this year, which would likely have the effect of pushing up interest rates.

Brainard and Williams are considered part of a "troika" of close advisers to Fed Chair Jerome Powell.