A police dog in Indiana was fatally shot in the head Wednesday while tracking down a suspected drunken driver who tried to escape police by bolting through a wooded area.

FOX News - A police dog in Indiana was shot dead Wednesday while tracking down a suspected drunken driver who tried to escape police by bolting through a wooded area.

K-9 Harlej had been called in to help officers in the manhunt for 19-year-old Richard Garrett Jr., who had run from his vehicle after a brief car chase on Interstate 69, the Fishers Police Department said in a news release.

K-9 Officer Jarred Koopman, Harlej’s handler, eventually spotted Garrett and ordered him to surrender. But Garrett refused and ran away, prompting Koopman to let Harlej off his leash to chase the suspect.

The 5-year-old Belgian Malinois, the same breed as the military dog who helped take out ISIS leader Abu Bakr al-Baghdadi last month, ran ahead of Koopman and out of his sight. Officers then heard a gunshot and were unable to find Harlej.

After several hours, police found Garrett with a leg injury believed to be from a dog bite, police told the Indianapolis Star. Officers then found Harlej dead in a wooded area. He had succumbed to a gunshot wound.

“It is my belief he saved lives last night, and we’re thankful for his sacrifice,” Chief Ed Gebhart said of Harlej during a press conference.

Police set up a memorial for Harlej in the department’s lobby. Community members have already contributed a growing number of handwritten notes and drawings, the department wrote on Facebook.

Meanwhile, Garrett and Rashaana Farrow, a second suspect who had remained in the car, were both taken into custody and being held at the Hamilton County Jail. 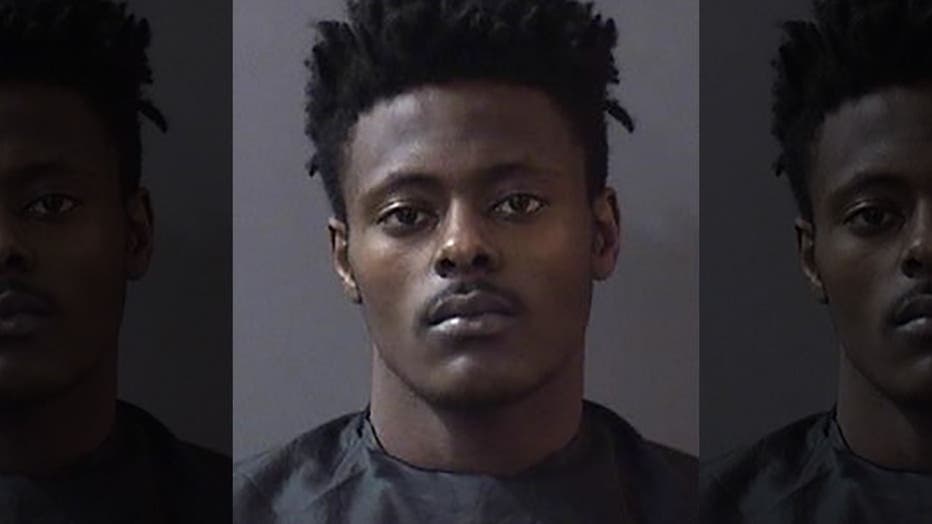 Farrow, who had warrants out for her arrest, faces a preliminary charge of false informing.