For Seth Allen — and other truckers— the lost time is lost money.

Traffic going from the US to Canada is shut down for a third night. In the midst of the uncertainty, truckers tell us they're just trying to do their jobs.

The long lines crept along at the Blue Water Bridge Wednesday, which had semi-truck driver Seth Allen trying to make up for lost time.

For Allen — and other truckers— the lost time is lost money.

"It adds time to a run and at the end of the week, we get less miles than we normally get, and we get paid by the mile," he said.

Over in Windsor the protest over Canada's vaccine mandate and Covid restrictions continues. Truckers with the Canadian Freedom Convoy show no signs of moving their blockade near the Ambassador Bridge.

"People feel like the government doesn’t listen to them for two years," Allen said. "And they see things opening up down here and they go home and there’s all these restrictions still."

Related: Trucker shortage combined with Canadian protests a 'crisis on top of a crisis' for supply chain

Windsor's Mayor Drew Dilkins says they are trying to resolve the protest peacefully.

"While it may be gratifying for some to see the forced removal of demonstrators, such action may inflame the situation and certainly cause more folks to come here and add to the protests," Dilkins said. 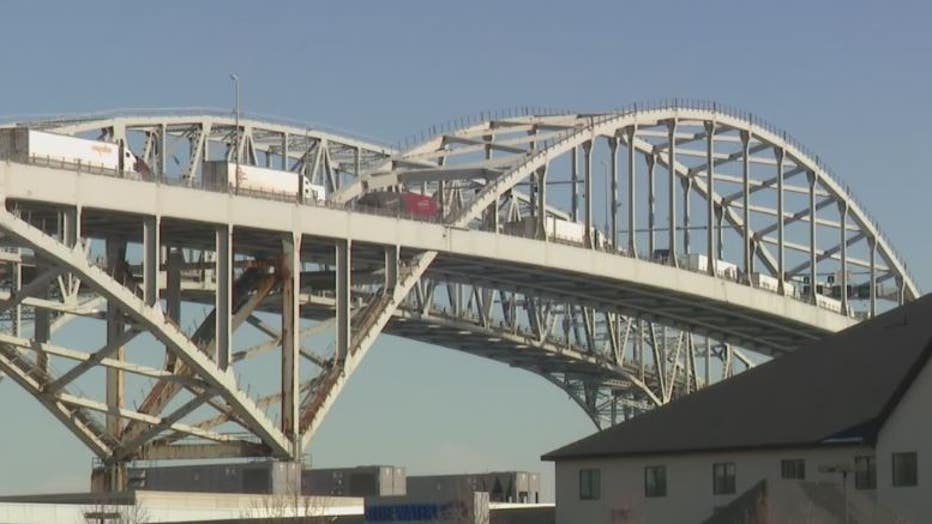 The gridlock continues at the Ambassador Bridge and above, at the Blue Water Bridge.

"At this time our focus is on maintaining security and deescalating the situation as much as possible," Dilkins said. "But make no mistake our community will not tolerate this level of disruption for long."

Meanwhile, Allen and other truckers continue to navigate the delays— deal with the headaches and fight the fatigue to try to make up for lost time.

"I understand why, but it makes it a lot harder for us," Allen said.

Windsor's mayor says the protests by and large remained peaceful. 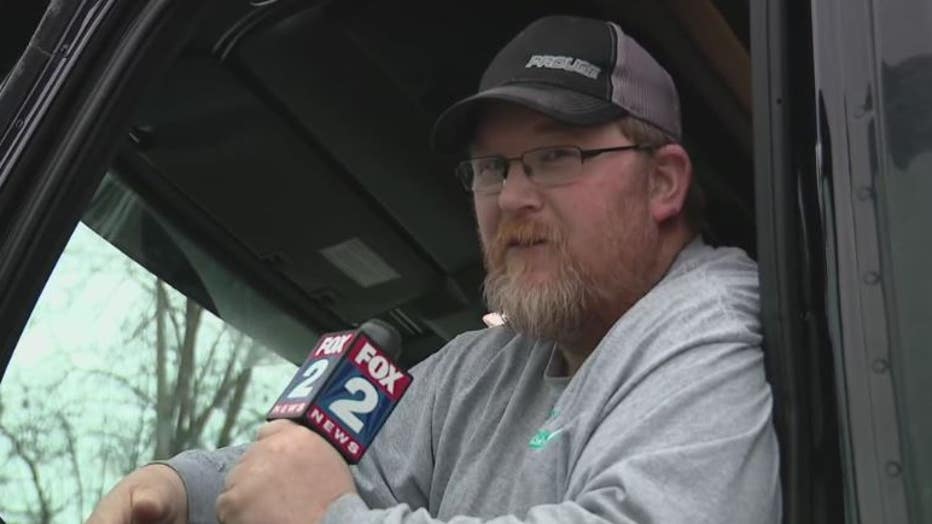 Canadian trucker Seth Allen understands the Covid restriction frustration but says the protest is making it harder for everyone.