After LaShuntae Benton was killed, mother Theresa Tillman went back to school to get her degree and find justice for her 19-year-old daughter.

LAKE CHARLES, La. - After a tragic shooting in 2016 took the life of a 19-year-old college student, a Louisiana mother went back to school and obtained a degree in criminal justice — determined to solve her daughter’s murder case.

Theresa Tillman graduated Monday with honors at SOWELA Technical Community College in Lake Charles and described the day as “bittersweet.”

Her daughter, LaShuntae Benton, was killed on April 10, 2016, caught in the crossfire of a shooting while at a party at an apartment complex in Baton Rouge. Benton was a student at Southern University at the time, studying sports medicine.

“It’s a daily struggle. My pain is in and out, moment by moment,” Tillman said. “I never know when I’m going to get that moment that I feel like my daughter has passed away all over again because it’s embedded in my mind, them calling to tell me that my baby was no longer here. I live with that.”

More than three years after the shooting, no one has been charged in her daughter’s death.

Described as “loving,” “caring” and “well-liked,” Tillman said Benton played softball, track and volleyball at her high school in Lake Charles, was on the homecoming court and did well academically. 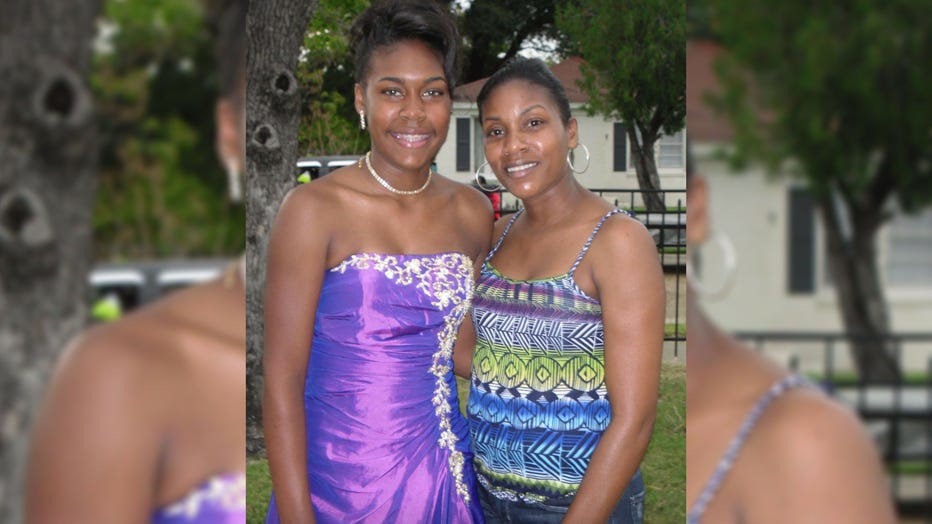 Theresa Tillman is pictured with her daughter, LaShuntae Benton, in an undated photo. Benton was killed in the crossfire of a shooting on April 10, 2016. (Photo credit: Provided / Theresa Tillman)

“LaShuntae was very bright. I mean, to know her was to love her,” Tillman said.

Tillman said she always had a passion for law, but her daughter’s case going cold “fueled the fire” to go back to school and enroll in the SOWELA Criminal Justice program. She tearfully added that Benton came to her in a dream.

“Being a mother and having your child come to you in a dream and say, ‘Mommy, why won’t you help me? Help me, Mommy.’ And when I heard her say that, I was helpless because how do you help a child that has passed on and you don’t know what happened?”

“I need to help my child, and I couldn’t find another way to do it besides proactively doing it myself,” she explained.

The criminal justice program includes a concentration in death investigation that prepares students to enter the field, according to Darlene Hoffpauir, SOWELA’s marketing and communications manager.

“It was very challenging but also eye-opening because it gave me an inside look into what I was facing and what I was going to deal with and how to handle it,” Tillman said of the coursework. “We studied investigations, crime scenes, lab work, DNA — all types of things.”

Tillman, who also has two sons, received her associate’s degree in two years and has since enrolled at McNeese State University to obtain her bachelor’s degree in criminal justice — which she’ll start in the fall.

SOWELA has an agreement with the university, so Tillman will be able to easily transfer her credits and enter at a junior-level standing, Hoffpauir added.

Tillman said her family was proud to see her walk across the stage this week, and that she was proud of herself, but it also made her reflect on the moments her daughter was robbed of as a result of the shooting.

“When you’ve been through so much that I’ve been through, losing my child. My dad died five months after my daughter from cancer. I’ve been dealt a lot,” Tillman said. “Going back to school and actually getting my degree was a major accomplishment, but it was also bittersweet because my daughter was robbed from graduating from college. So it was a bittersweet moment, because there were things that I looked forward to for her.”

Tillman’s goal is to find a career in law enforcement and hopefully put more pressure on the case, ultimately finding justice for Benton.

“I probably won’t directly work on my daughter’s case, but indirectly,” she said. “Fuel the fire behind the people who can actually get it done, because I don’t want anything to hinder her case.”

“Anybody with information about that night, April 10, 2016, that was at that party at the cottages, I want them to speak up,” Tillman said.

“I’m her mother, and I’m going to help her no matter what.”