A husband was determined not to let three accused carjackers get away with his vehicle, so he followed them in his wife's car.

ORLANDO, Fla. - A husband was determined not to let three accused carjackers get away with his vehicle, so he followed them in his wife's car.

The victim said he wasn't injured during the alleged carjacking which he said happened as he was getting out of his Dodge Caravan.

Officers said Edgar Diaz called 911 as he followed them. A Spanish interpreter helped the dispatcher communicate with him during the wild ride.

"They just aimed at me with a pistol and right now I’m on the streets after them," Diaz told the dispatcher. "I am running behind them. I am driving too fast. I am doing that because I don’t want to lose them."

During the chase, Diaz’s wife also called 911 from outside their home where officers said he was carjacked.

"I’m scared because my husband went after them in my vehicle," she explained.

It all started after Diaz arrived in a parking lot off Commander Drive. Investigators say 18-year-old David Gardharrold, along with two others, ages 14 and 16, held Diaz at gunpoint. According to officers, the suspects took Diaz’s phone, wallet, and keys, then took off with his vehicle. 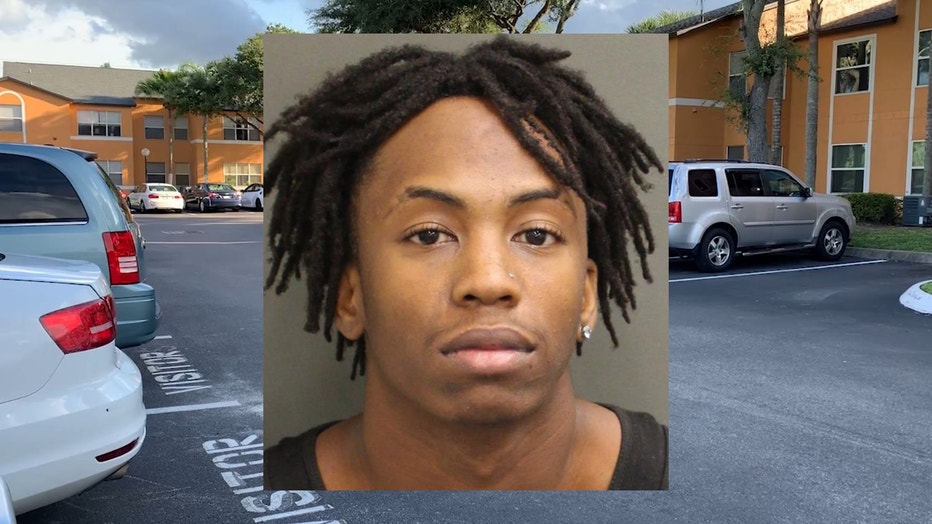 Officers said the three got out of the stolen minivan off Conway Road and tried running away, but they caught them. Now Gardharrold is charged with carjacking with a firearm, robbery, and grand theft.

While the suspects were caught, officers advise others not to put themselves in harm's way in circumstances such as these. Diaz said he plans to talk to FOX 35 News after he meets with his attorney.