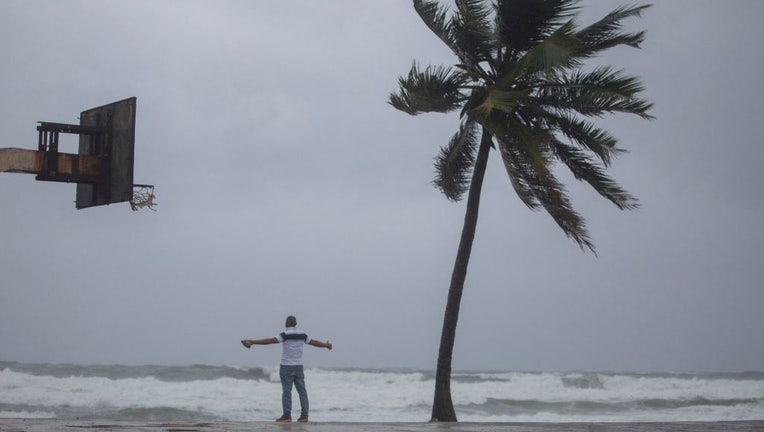 A man looks at the sea at the beach in Nagua, Dominican Republic, on September 19, 2022, during the passage of Hurricane Fiona. (ERIKA SANTELICES/afp/AFP via Getty Images)

Valdes was born in Puerto Rico, and returned to the island in 2022 to report on ongoing recovery efforts in her "FOX Weather Reports" documentary, "Ruin and Resurrection: The Fury of Hurricane Maria."

Although the storms are five years apart, they mirror one another in some respects, while differing in others.

When did the hurricanes make landfall?

Angelica Lopez, who lost her home during Hurricane Maria. Her story is one of several highlighted in Valdes's documentary. ("FOX Weather Reports: Ruin and Resurrection: The Fury of Hurricane Maria")

How strong were the hurricanes?

Hurricane Maria was a Category 4 hurricane when it made landfall in Yabucoa, Puerto Rico, with maximum sustained winds of 155 mph.

Hurricane Fiona was a Category 1 hurricane with 85-mph winds when it hit Punta Tocon on the southwestern end of the island. 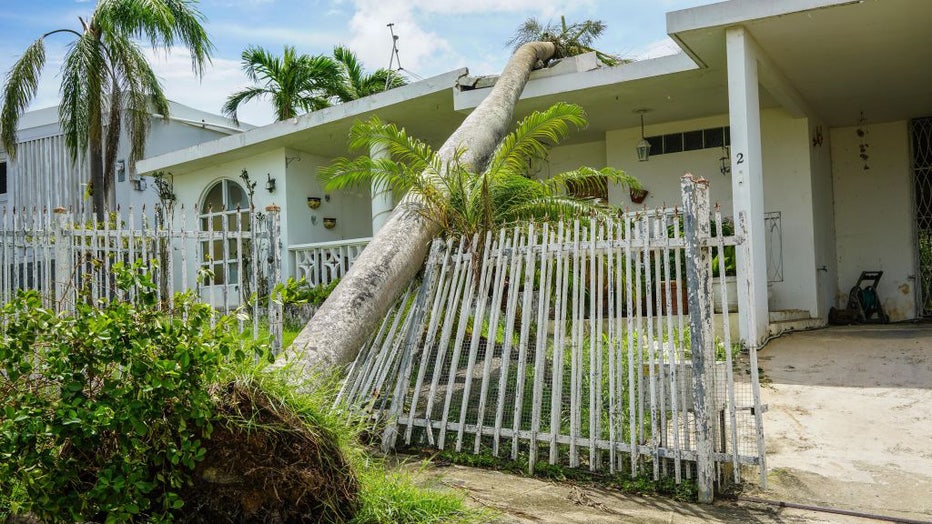 What were the casualties? 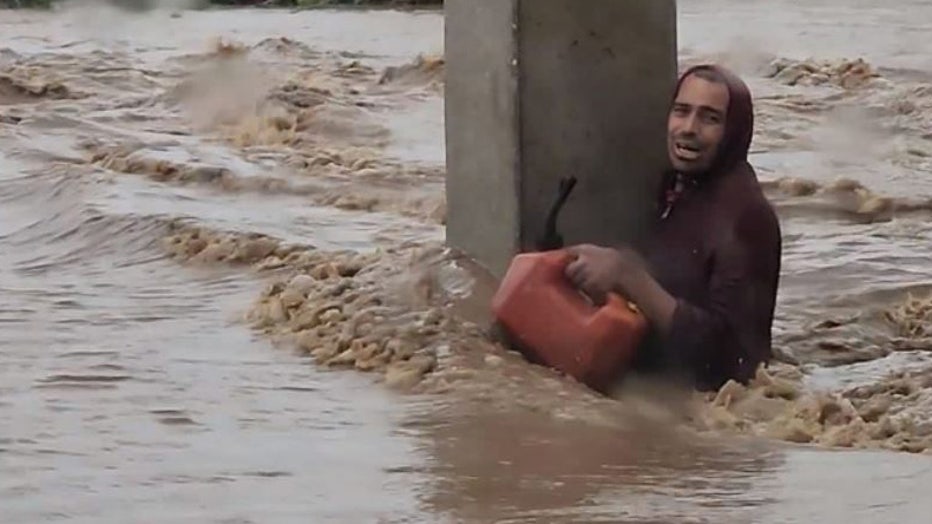 A man is seen clinging to a cement pole to prevent being swept away by raging floodwaters in Puerto Rico during Hurricane Fiona. (Batalló 125 de Policía Militar)

Hurricane Maria caused an estimated 2,795 casualties in Puerto Rico, according to the island's Office of the Governor.

As of Monday afternoon, Hurricane Fiona has taken the life of one man in the French Caribbean county of Guadaloupe, according to a local official.

What were the rainfall amounts?

Hurricane Maria drenched Puerto Rico with rainfall amounts between 5 and 10 inches, but some areas received 25-30 inches.

After Hurricane Fiona, several communities reported rainfall totals of more than 2 feet. The National Weather Service in San Juan, Puerto Rico, reported the heaviest rain had fallen in the southeastern part of the island as of Monday morning. Rain was expected to continue through Tuesday. 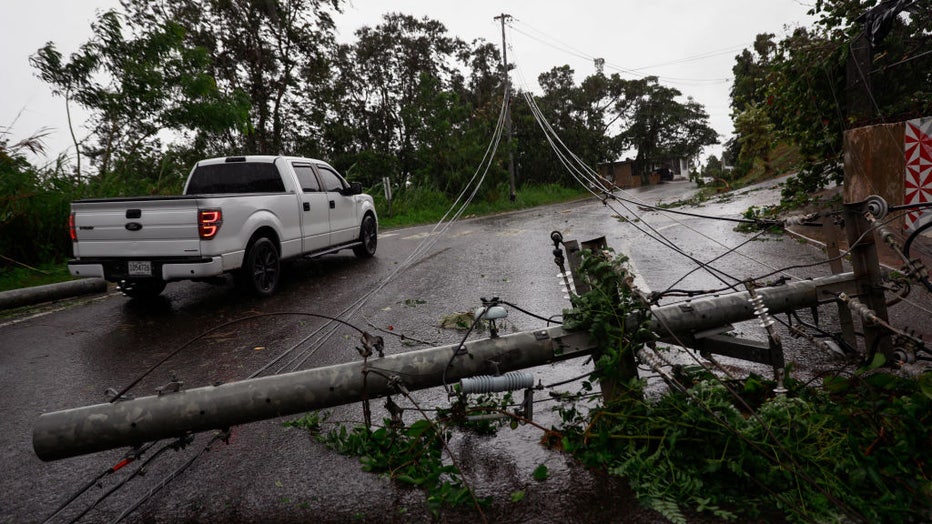 How were people affected?

In both scenarios, the hurricanes triggered widespread power outages.

The power outages caused by Maria lasted for months for many Puerto Ricans. Fiona sent 1.5 million into darkness on Sunday, with about 100,000 having their power restored by Monday morning.

As a result of both storms, rainfall-induced landslides have occurred throughout parts of the country, taking out homes, businesses and some types of infrastructure.

WATCH AS FIONA'S FLOODWATERS WASH AWAY A BRIDGE

How is Puerto Rico rebuilding?

Puerto Rico was still rebuilding after Hurricane Maria when Hurricane Fiona struck, as seen in the "FOX Weather Reports" documentary with Nicole Valdes, "Ruin and Resurrection: The Fury of Hurricane Maria."

According to Puerto Rico's governor, 128 shelters have been opened across the island's 78 municipalities because of Hurricane Fiona. He said there are currently 2,146 people and more than 250 pets being helped in 113 of those shelters.

Get the latest updates on this story at FOXWeather.com.