Divers with the Martin County Sheriff's Office are searching a gator-infested canal in a Florida wilderness preserve after human remains were reportedly found in a large alligator's mouth, officials said.

MARTIN COUNTY, Fla. - Florida law enforcement are looking for a killer after several body parts were found near a gator-infested canal in the Hungryland Preserve. 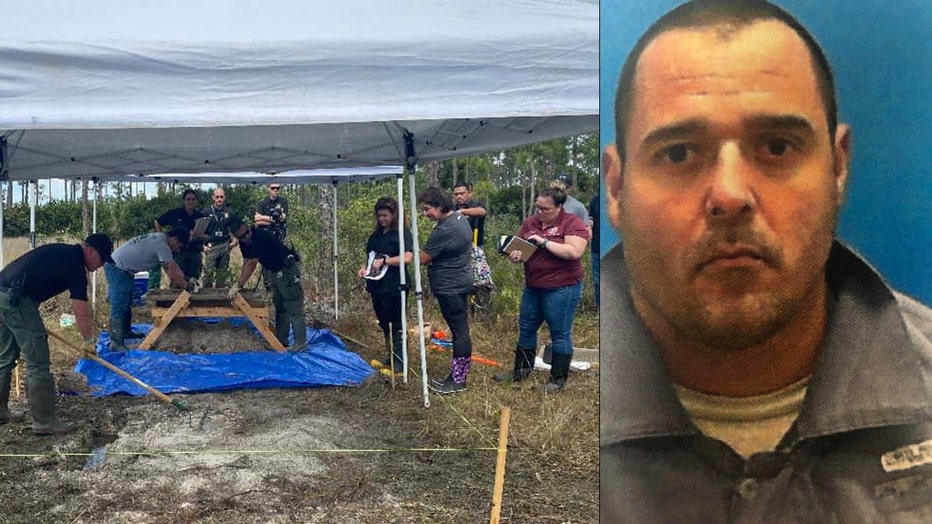 "Detectives say the arm, hand, and part of a leg found Thursday near a gator infested canal are believed to be that of 42-year old Dustin Davis Mills of St. Lucie County. The medical examiner was able to obtain fingerprints from the victim’s hand which was located near a large alligator that was guarding the body part," the sheriff's office wrote in an update on Facebook. "A second body part was located on the bank of a different canal about one mile from the first location."

Some of the human remains were reportedly found in a large alligator's mouth, officials said last week.

Detectives say the body parts showed evidence of being removed with "a sharp instrument."

Hours later, a shallow grave was located in that same preserve. Investigators believe Mills was murdered.

Anyone with information should contact the Martin County Sheriff's Office.