“Secretary Carson has tested positive for the coronavirus. He is in good spirits and feels fortunate to have access to effective therapeutics which aid and markedly speed his recovery,” said HUD deputy chief of staff Coalter Baker. 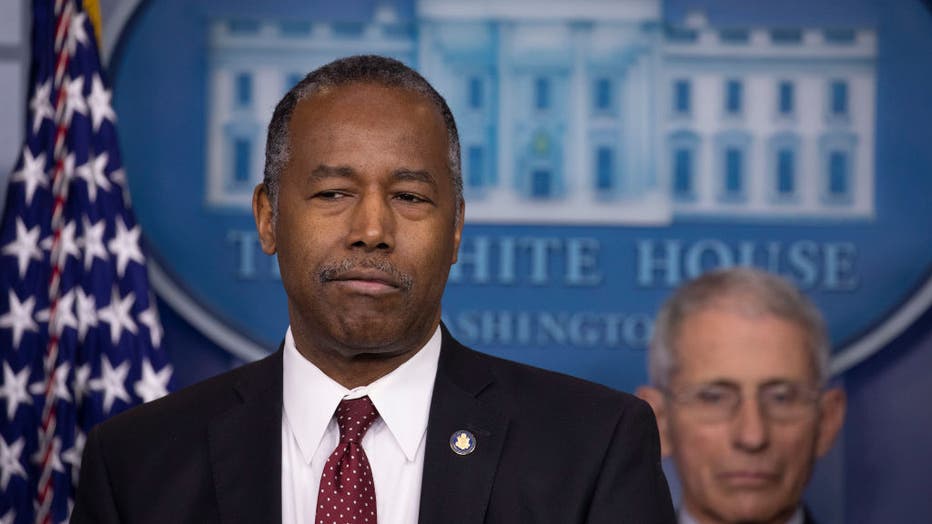 Housing and Urban Development Secretary Ben Carson speaks during a briefing in the James Brady Press Briefing Room at the White House on March 21, 2020 in Washington, DC. (Photo by Tasos Katopodis/Getty Images)

Carson attended an election watch party at the White House on Tuesday night and, days later, tested positive for the virus on Monday morning.

Carson, 69, has served as HUD Secretary since 2017. Carson was also appointed to the Trump administration’s coronavirus task force for handling the pandemic.

Health and Human Services Secretary Alex Azar told "America's Newsroom" on Monday he wished Carson well. Azar said he wore a mask and was not close to Carson at the election night gathering.

Others weren't so kind.

"Ben Carson has the Coronavirus. It doesn't take a brain surgeon to know you should wear a mask," comedy writer Nick Jack Pappas wrote on Twitter.

Before entering politics, Carson was a worldwide renowned neurosurgeon, having performed the first successful separation of conjoined twins in 1987. The operation lasted nearly 24 hours and involved a team of 70 surgeons.

Fox News' Henry Klapper contributed to this report. Get updates on this story from foxnews.com.