Daylight saving time, or DST, was formally introduced in the U.S. in 1918 during World War I.

You might have been greeted by darkness when your alarm clock rang early Monday morning, even if you woke up to the sun already shining in your window on Friday.

That's because time in most of the U.S. advanced by one hour on Sunday, marking the beginning of daylight saving time – a tradition regulated by the Uniform Time Act of 1966.

Under federal law, daylight saving time begins on the second Sunday in March and ends on the first Sunday in November.

That means many of us are waking up in the dark this week, but the trade-off is that we can eat our dinner in the daylight. 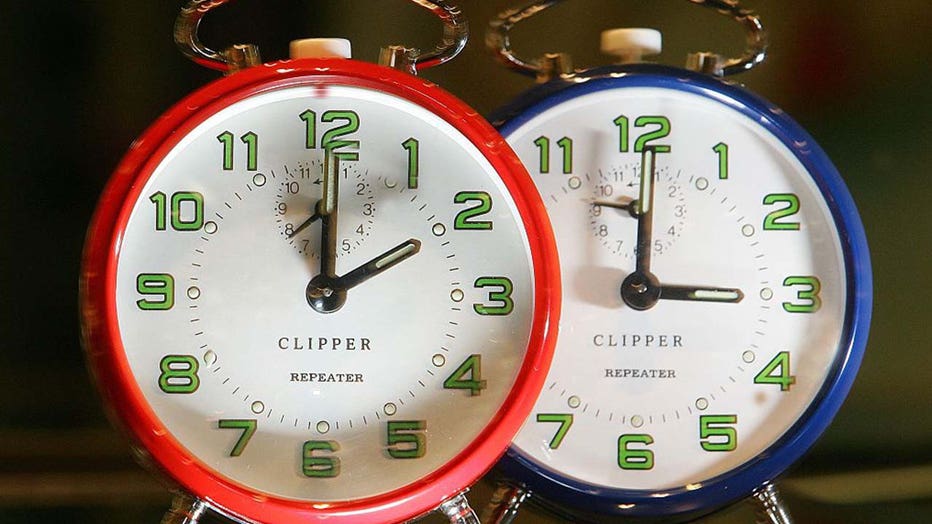 When will we regain that hour of morning daylight?

In the northern tier of the U.S., it will take four to five weeks for the sunrise to be as early as it was last week.

It will take until April 11 for the sunrise to be as early as 6:28 a.m. again in Seattle. That's four weeks away. 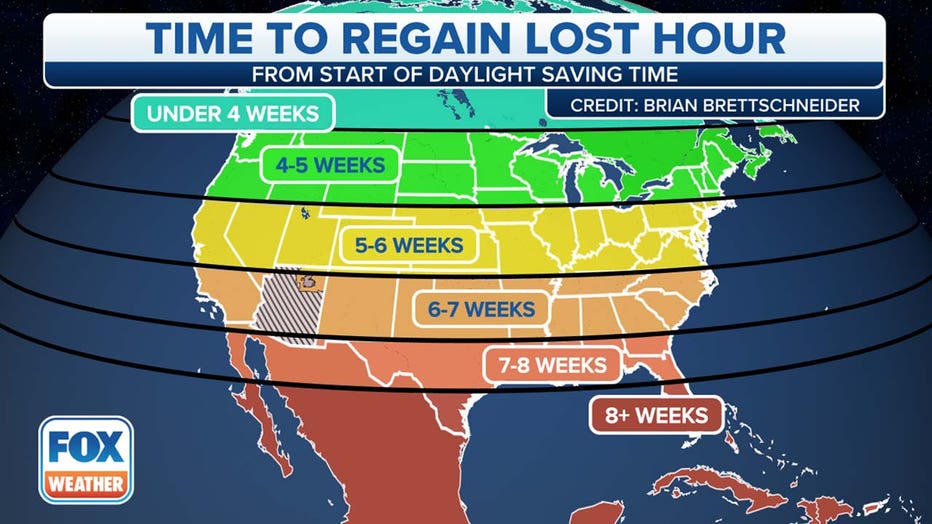 The amount of time it will take to regain the hour of morning daylight lost to daylight saving time. Data provided by Dr. Brian Brettschneider. (FOX Weather)

The farther south you are in the U.S., the longer it will take to regain the lost hour of morning daylight.

Washington, D.C.'s sunrise on Saturday was at 6:24 a.m. The sun won't rise that early again in the nation's capital until April 20, more than five weeks from now.

In Houston, Saturday's sunrise of 6:34 a.m. won't be matched again until May 6, a span of nearly eight weeks.