A zebra foal was born on June 30, 2022, the Brevard Zoo announced Friday, the second zebra born at the zoo in the last few months.

The boy zebra foal was born on June 30, 2022, the zoo announced Friday, the second zebra born at the zoo in the last few months. The zoo said the unnamed baby zebra weighs about 84 pounds and is "in good health."

A few months ago, the zoo revealed that two of its zebras – Iggy and Lauren -- were pregnant. Lauren gave birth on June 1, marking the zoo's first-ever zebra born at the zoo, followed by Iggy on June 30.

For now, Iggy and her baby will remain off-exhibit and behind the scenes to allow them time to bond, the zoo said. "In their natural range, Grévy’s typically separate themselves from their herd after giving birth, and we are mimicking this as closely as possible by allowing mom and baby to have isolated bonding time," the zoo said. 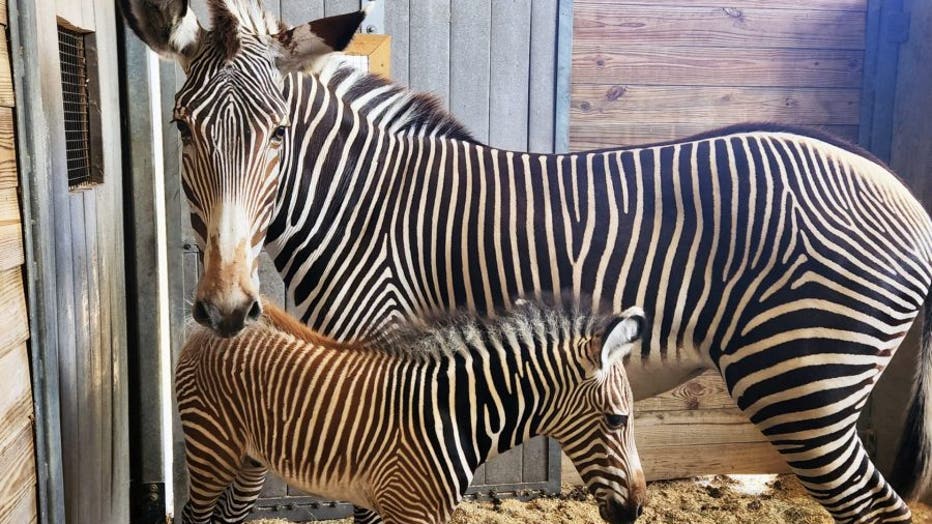 Lauren and her baby are also mostly staying off-exhibit, but do occasionally visit Expedition Africa.

Bakari, the zoo's nine-year-old zebra, is the father of both baby zebras. He arrived in 2020, part of the Species Survival Plan breeding recommendation.

The zoo said that the birth of the new foal is important to the population of zebras, as Grévy’s zebras are endangered due to "habitat loss, human hunting and competition for resources" with other domestic members of the horse family.