FOX 26 Reporter Matthew Seedorff has the latest after a man fatally shot a supervisor in the head on Wednesday, according to police.

HOUSTON - A man accused of killing his supervisor with a gunshot to the head at an office building in Houston's Greenway Plaza has been taken into custody.

Houston Police Executive Assistant Chief Larry Satterwhite says an active shooting was reported at 11:58 a.m. Wednesday at 20 Greenway Plaza. The office building is located at the intersection of Cummins Street and Portsmouth Street just north of the Southwest Fwy.

Exec. Asst. Chief Satterwhite says authorities were on the scene within three minutes of the call and arrived at the shooting scene on the 10th floor.

Officers found the victim with a gunshot wound to the head. He was pronounced dead at the scene. The suspect was no longer there.

"We didn't know where he was, but we did believe that he was in the building somewhere armed," Satterwhite said.

CLICK HERE FOR MORE ON CRIME AND PUBLIC SAFETY 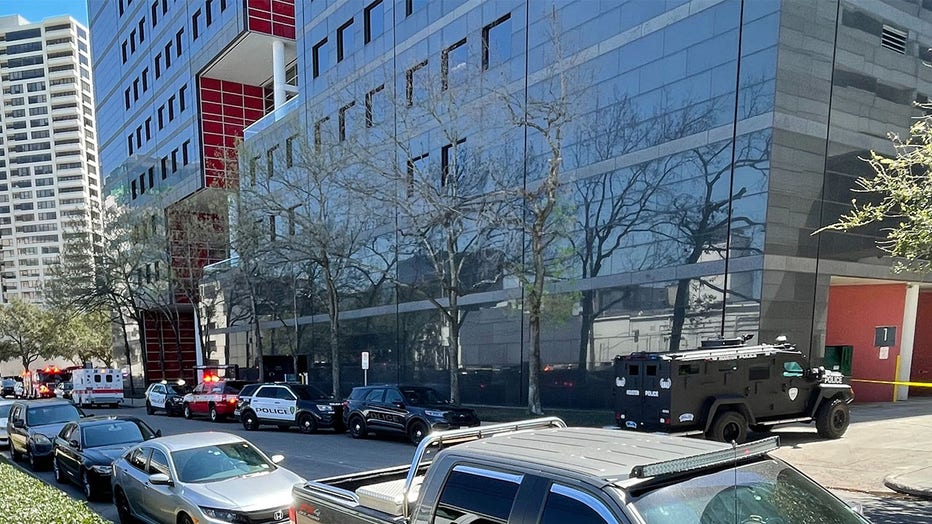 The public was asked to avoid the area while SWAT and officers searched the building and the surrounding area for the male suspect.

"This took some time and the information was still coming in little by little, but eventually we had the suspect's information," said Satterwhite. 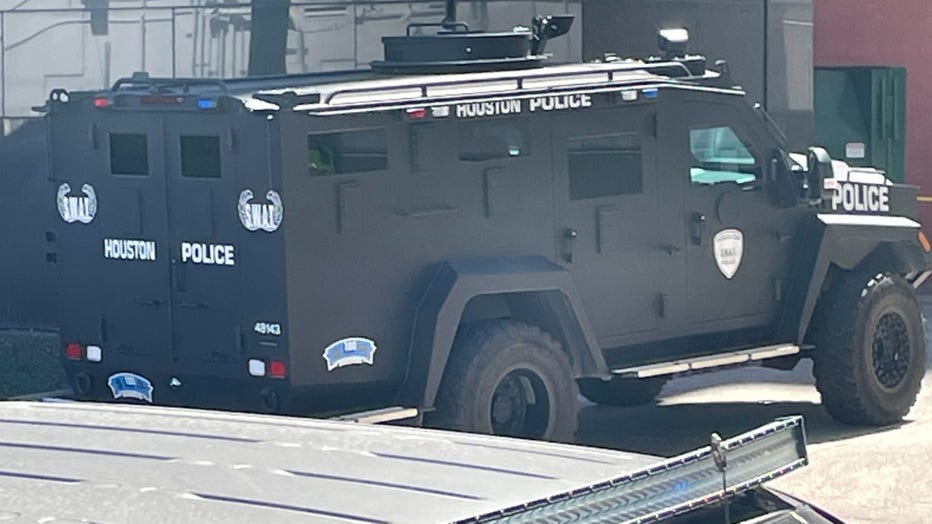 A SWAT vehicle is seen outside of a Houston office building where a shooting occurred on March 16, 2022.

Police arrived at the suspect's residential building located at 1625 Fannin Street in Downtown Houston around 2 p.m.

"He was in a vehicle, and they called him out, and he did surrender there," Satterwhite said.

Witnesses identified the suspect as an employee who works on the 10th floor of 20 Greenway Plaza where the shooting occurred. The victim is reportedly his supervisor.

"We do not know why he chose to target his supervisor," Satterwhite said. "We do believe he did target him because he passed up everybody else. We do not think this was random, but that he was actually looking for a supervisor and targeted him specifically."

The identities of the victim and suspect have not been released.

The office building where the shooting occurred holds businesses that are in solar energy, investment banking, finances and technology.

People who work in the building told FOX 26 that the building management held mandatory active shooter training in October 2021.

Law enforcement officials say the training was incredibly helpful in this situation.

"In times of crisis you revert to what you've been trained and what you're thinking about," said Satterwhite. "In this particular case, if you've had this type of training and prepare for this, if you're mentally prepared for something going on, whether that's an active shooter in a building or just being out and about with your family or loved ones, think through the things you might do and how you can avoid danger that will certainly protect you."