TOKYO (AP) - Honda is investing 5 trillion yen ($40 billion) over the next decade in research, especially to realize a major shift to ecological electric vehicles, the Japanese automaker said Tuesday.

The products and services in the works will account for more than half of its 8 trillion yen ($64 billion) research and development budget in that time and will be tailored for each major market, the U.S., China and Japan.

Efforts in North America will focus on the collaboration with General Motors Co., under which Honda Motor Co. is jointly developing two midsize to large EV models, set for sale in 2024.

By 2027, also under its alliance with GM, Honda plans to offer an affordable electric vehicle that’s competitive with gas-powered models in performance and pricing.

Honda will launch 30 EV models globally by 2030, targeting production of more than 2 million vehicles a year, according to the maker of the Accord sedan, Asimo robot and Gold Wing motorcycles.

They will span the whole range of models, from tiny vans to muscular sportscars.

"We will continue to deliver the kind of fun in driving that our customers have come to expect from Honda," said Chief Executive Toshihiro Mibe.

In China, where the move to electric vehicles is especially bullish, Honda is introducing 10 new EV models by 2027. 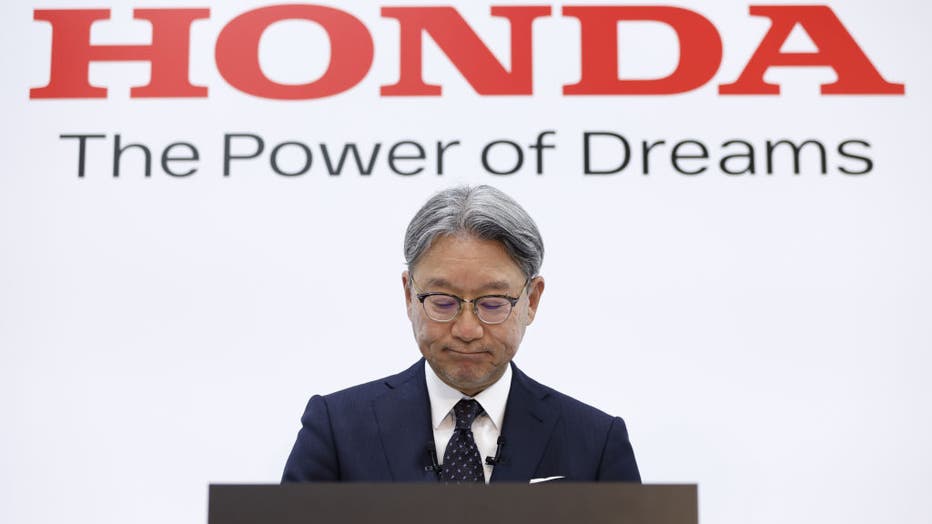 In Japan, a market dominated by gas-electric hybrids, Honda will start with small commercial vehicles, such as delivery vans.

Businesses are likely to be more open to such investment because of the Japanese government’s sustainability goals, officials said.

A commercial-use mini-EV model at the 1 million yen ($8,000) price range will go on sale in Japan in 2024, while other EVs, including sport-utility models, for regular consumers will follow, they said.

By the late 2020s, Honda hopes to have a breakthrough on next-generation batteries.

It also will develop related software since electric vehicles need recharging infrastructure and could add features such as robotics and avatars.

Like other automakers, Honda lost business during the coronavirus pandemic. But it’s forecasting an operating profit of 800 billion yen ($6.4 billion) for the fiscal year ended in March.