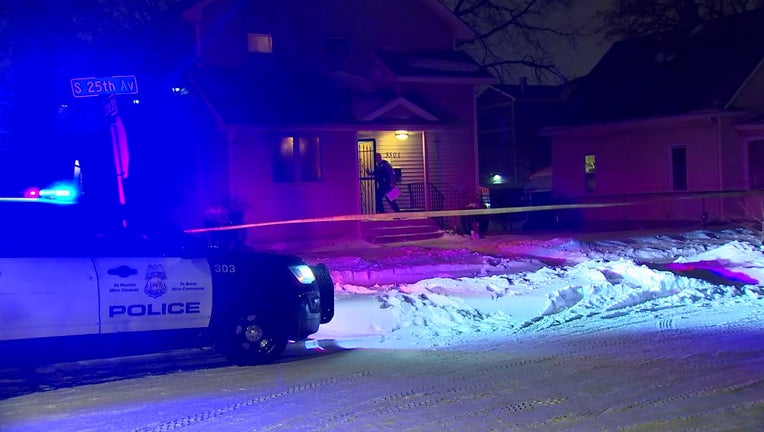 A shooting Tuesday night has left one person dead in Minneapolis.

MINNEAPOLIS (FOX 9) - The Hennepin County Attorney is declining to file charges against the homeowner accused of shooting an intruder last month in Minneapolis who claimed she acted in self-defense.

Thirty-year-old Martin Lee Johnson was shot and killed outside a home along the 3300 block of 25th Avenue South on February 22.

According to police, Johnson was shot after apparently trying to break into a home that night. The county attorney says Ring camera video shows Johnson jumping six-foot privacy fence that surrounds the backyard of the home and trying to enter through a patio door.

Prosecutors say the video shows that, after failing to get in the patio door, Johnson then went into a detached garage through a door in the backyard.

Is it self-defense to shoot an intruder who has entered your detached garage? The Hennepin County Attorney’s office said Monday it is "deferring" a charging decision in the Feb. 22 shooting that left a man dead.

By this point, prosecutors say the homeowner had spotted Johnson on the Ring camera. Arming herself with a pistol, the homeowner went to make sure Johnson had left and had not tried to enter her home. Police say she also told her son to grab a rifle from downstairs in case the man tried to get inside. According to prosecutors, the homeowner has a legal permit to carry.

After realizing the man was still in the garage, the homeowner told police she fired warning shots with the pistol and warned the man to leave. But the homeowner says the man continue walking towards the homeowner and her son.

Ultimately, police say the man was shot once in the chest and later died from those injuries. The homeowner told police the man appeared to reach into his waistband when she shot him with the rifle.

Prosecutors say, after the shooting, the homeowner gave voluntary interviews with officers and allowed investigators to access the Ring camera footage.

As for the evidence, prosecutors say the medical examiner was unable to determine, with 100 percent certainty, which gun fired the fatal bullet. Hennepin County Attorney Mike Freeman says they don't have evidence to disapprove a self-defense argument.

"While this case is tragic, there is not sufficient proof that the homeowner and/or her son are guilty of a crime," a news release from the county attorney reads. "Based on the evidence provided to our office, it appears the woman and her son would have valid self-defense claims."