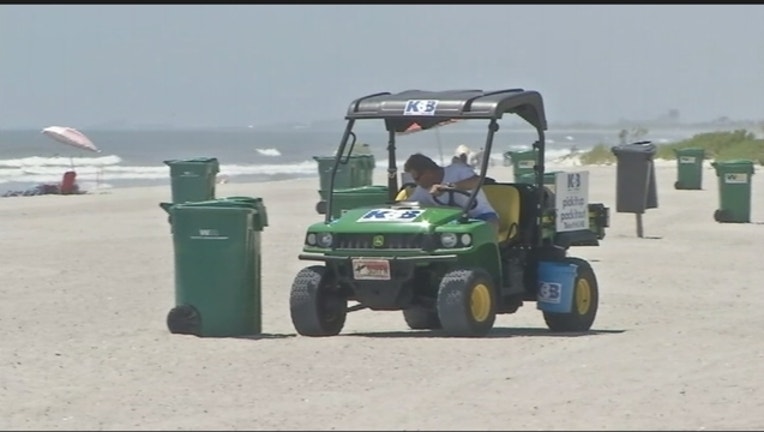 COCOA BEACH, Fla. (WOFL FOX 35) - Over the Fourth of July holiday weekend, cleanup crews with Keep Brevard Beautiful (KBB) say they removed three tons of trash from off of Cocoa Beach, most of it related to fireworks.

The trash was so bad, Cocoa Beach Commissioner Ben Malik proposed tripling the littering fine in Cocoa Beach from $100 to $300.  In his explanation for putting it up for discussion at the city's meeting on Thursday night, he explained he would, "like the penalty to be more punitive than it is currently... to encourage more compliance."   A larger fee, in his opinion, will lessen the amount of litter the city has to clean up.

"At KBB, we don't take a position on that, but as a citizen, anything that will enhance our beautiful beaches beautiful, it's kind of hard not to support that," he says.  "You know I don't know if that will stop people. They got to get caught first."

Even if the fine does go up, the city says the challenge is enforcement. With so many people on the beach, it's difficult to keep track of them all, and the Beach rangers who do patrol this area do not have the ability to write tickets, only warnings."

That will change in September, when rangers will be trained and certified to right tickets as part of next year's budget. But until then, as long as there are visitors to the beach, there will be trash left behind on the beach, the most common of which is cigarette butts,

"People bury them in the sand, and they get kicked back up to the top. It's the number one piece of litter out here," says Malik.

Keep Brevard Beautiful says it's hard work to clean the beach, but it's much easier for visitors not to litter.

"Bring garbage bags with them, pack their recyclables, take them home. Take their garbage and put it in a garbage bags, and please don't put your cigarette butts out on the beach."