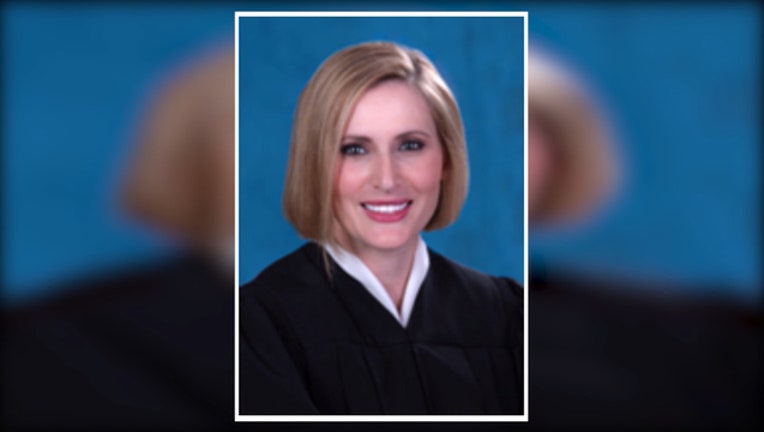 Lee, whose duties will include serving as the state’s chief elections officer, has worked as circuit judge since being appointed in 2013 by former Gov. Rick Scott. She is married to state Sen. Tom Lee, a Thonotosassa Republican who served as Senate president in 2005 and 2006.

The new secretary’s resume doesn’t show any direct work in an elections office. The Department of State also includes such things as the Division of Corporations, the Division of Historical Resources and the Division of Library and Information Services.

An announcement from DeSantis’ office pointed to her “extensive judicial and legal experience.”

“It is clear to me that Judge Lee’s background and experience make her an excellent choice to serve as secretary of state for Florida,” DeSantis said in a prepared statement. “She is ready to handle the important elections administration duties and cultural responsibilities accorded to this position with a steady hand and good judgment.”

Lee, in the announcement, said she was “humbled” by the appointment.

The appointment by DeSantis requires confirmation by the state Senate, where Lee’s husband was a member from 1996 to 2006 and has again served since 2012.

On the bench, among Judge Lee’s more-prominent rulings came in 2014 when she refused to grant a couple married in Massachusetts a divorce because Florida law banned same-sex marriages.

In December, Lee removed herself from presiding over a lawsuit challenging a new transit tax after the Hillsborough Area Regional Transit Authority requested she be disqualified because her husband campaigned against the tax.

“We served together as judges in the 13th Judicial Circuit (in Hillsborough County) and have known each other since we attended the University of Florida together,” Ashley Moody said in the statement. “I have full confidence Judge Lee will serve the state of Florida honorably as the next secretary of state.”

Ertel was on the job just over two weeks when photos published online Thursday by the Tallahassee Democrat newspaper showed him wearing blackface and red lipstick and clad in a New Orleans Saints bandanna and a purple T-shirt emblazoned with the words “Katrina Victim,” under which he wore falsies.

According to the Democrat, the photos were taken at Halloween in 2005, eight months after Ertel’s appointment as the Seminole County elections supervisor and two months after Hurricane Katrina’s widespread destruction in New Orleans and along the Gulf Coast.

DeSantis said he accepted the resignation as he didn’t want to “get mired in side controversies.”

“I think it’s unfortunate,” DeSantis said of Ertel on Thursday at an event outside the Jackson County Emergency Operations Complex. “I think he’s done a lot of good work, but at the same time I have got to have an administration that is going to be focused on what matters to Floridians.”