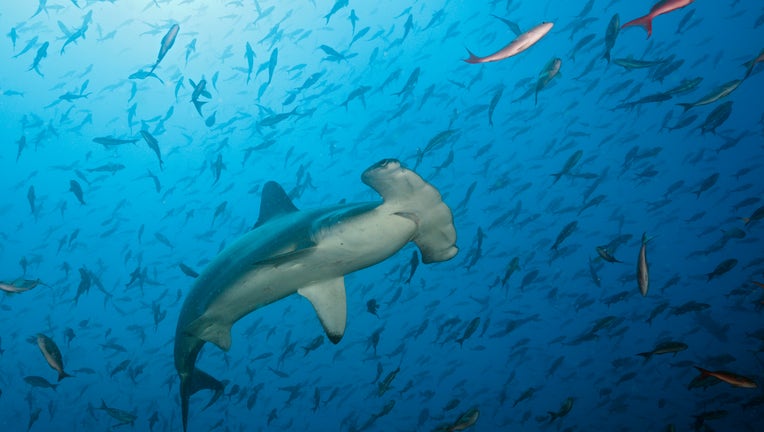 The beach is supposed to be for relaxing.

A man wading in the waters off the coast of Florida had a close encounter with a hammerhead shark. Fortunately, the large animal apparently lost interest in the man, but not after appearing to charge towards him.

In the video, a man can be seen wading in the water as the shark swims nearby. Initially, it is unclear if the man is aware that the shark is nearby, although nobody else is standing near him.

TRENDING: Alligator 'apprehended' by police for 'trespassing' at Florida mall

Suddenly, the shark seems to charge directly towards the man, prompting screams of fear from people watching the scene unfold from the beach. Fortunately, the shark breaks off and swims away after coming within just a few feet of the man.

At this point, he seems to become aware that the shark is nearby, likely due to people yelling the word "shark" over and over again. He slowly starts to make his way back towards the beach as the shark appears to swim away.

According to a commenter on TikTok, the shark was actually chasing a fish and only appeared to be charging towards the man. Another commenter responded, saying that if that was the case, the best thing to do was to just stand still, as splashing around could confuse the shark and cause it to attack.