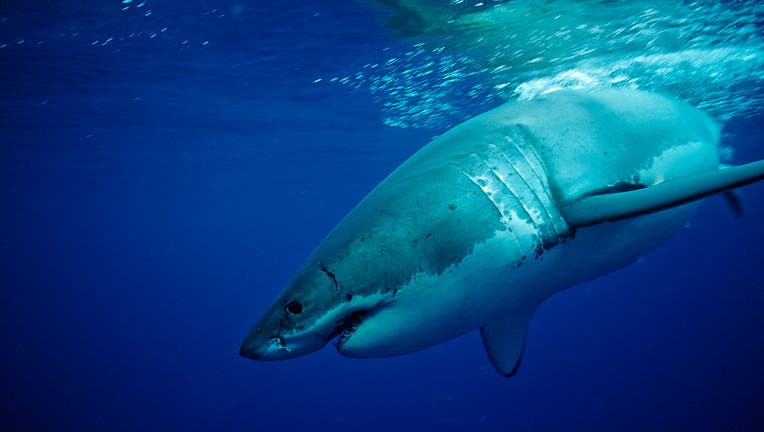 The odds of a great white shark encounter are increasing. Scientists say that rising water temperatures due to climate change are allowing juvenile sharks to expand their territory.

White shark nurseries have been found as far north as Monterey Bay, California – something experts say they never saw before 2015. Along with an increase in numbers comes the increased chance of beach goers encountering the expanding population of sharks.

THE GOOD NEWS BEHIND THE RECENT SHARK SIGHTINGS

"Some of the data right now might indicate that white sharks are a beneficiary of our current climate. They're they're doing well under current climate," said Dr. Chris Lowe, professor of Marine Biology at California State University at Long Beach and director of the Shark Lab. "It might be actually helping their population."

Lowe and his students tag about 60 juvenile white sharks per year and track their activity. Tags transmit shark data for up to 10 years. Currently, the team tracks about 170 sharks along California. The recently released data compiles the last 15 years by the Monterey Bay Aquarium.

Scientists found white sharks in Monterey Bay for the first time ever in 2015 and looked into why. The bay is about 100 miles south of the San Francisco Bay.

"When we looked at the oceanographic conditions, the bay has been getting warmer," said Lowe. "So it just made sense that you should expect to see a nursery where the babies are very temperature sensitive and the bay is warming up. We suspect because of climate change that that would be the reason why they would move north."

COULD THIS BE THE REASON FOR THE RECENT SHARK SIGHTINGS?

Juvenile great whites don’t have enough body mass to develop and keep heat. Adults actually generate heat while swimming through muscle movement and maintain it through their unique blood circulation system. The Shark Lab found juveniles in water temperatures 60 degrees and above.

Baby sharks are generally under a year old and are 4 to 5 feet long. Juveniles are 6 to 9 feet long and are under 3 years old.

WHERE DO MOST SHARK ATTACKS HAPPEN IN THE US?

Shark nurseries are near beaches

Coastlines generally have warmer water because it is shallower and warmed by the sun. Lowe observed the sharks setting up nurseries, along with large groups of baby and juvenile white sharks.

Beaches are also teeming with stingrays, the juveniles' favorite snack.

Check out the video below where the underwater spots are rays. And larger predators, like orcas, rarely feed in shallow waters, preferring to hunt in the deeper water around the Channel Islands where there are large populations of blubber-rich seals. The islands are 12 miles off the coast of Southern California.

SUMMER OF THE SHARK: SIGHTINGS CLOSE ANOTHER NEW YORK BEACH HOURS AFTER 2 ATTACKS

"So they're along the beaches. They're using beaches, as we call it, nursery habitats, a safe place for them," Lowe said. "There is a big aggregation of San Diego County right now. And we go out, and we can see ten in a frame from a drone video literally 100 feet off the beach. There are places like that and have been like that consistent for the last five years."

He said colleagues noticed nurseries pop up across the eastern seaboard, especially in Massachusetts, leading to an increase in the white shark population.

Statistically, it makes sense that we see an increase in shark bites. Juveniles, Lowe said, are generally not the attackers.

"We have lots of data on this, and there are a lot of people in the water around juvenile aggregations where there could be up to 40 sharks at a beach. We have video of, basically, people next to white sharks all day long, every day in southern California," remarked Lowe about the comparatively low number of rare shark attacks.

"People have been taught that sharks are dangerous and if the shark’s nearby, it's going to bite you. All our new data that we've been gathering clearly shows the opposite because we can see sharks around people all the time, and they're ignoring people," he continued. "So that old misconception needs to go away, and the sooner, the better because then people will be doing things to prevent shark conservation. And ultimately, those sharks should result in a healthier marine environment."

Just a week ago, an adult white shark bit a standup paddleboard, knocking a man and a dog into the water in the Monterey Bay. Both were uninjured, according to FOX News. Off the same beach in June, a surfer suffered major injuries from an adult great white bite. This is a beach where white sharks never existed before 2015. 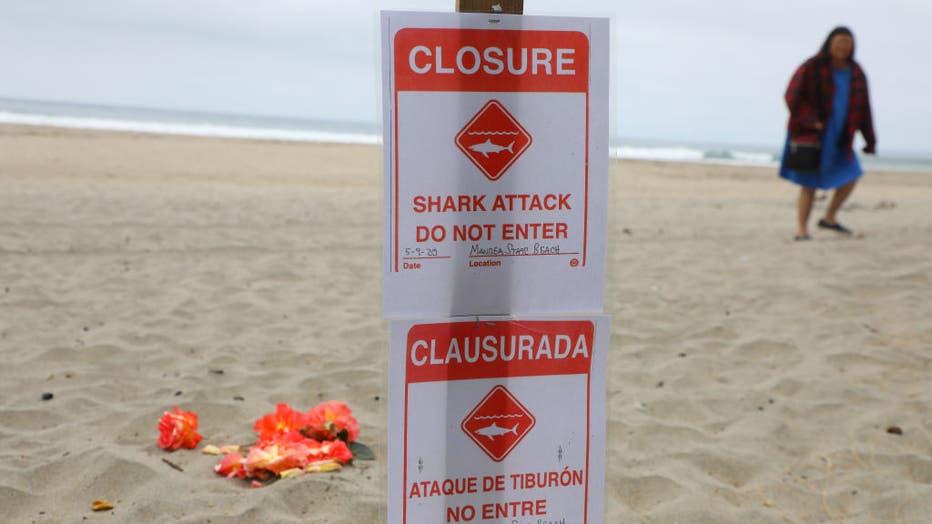 Will sharks continue to thrive thanks to climate change?

Climate scientists have forecasted that sea temperatures will continue to rise with climate change. Lowe is unsure how the great whites will fare.

White sharks are still threatened globally after overfishing and overfishing their food sources, like seals and sea lions.

Lowe chose not to disclose the exact beach locations of the nurseries because of illegal recreational fishing.

California started protecting white sharks, banning fishing of the species in 1994, which is also credited for the species comeback.