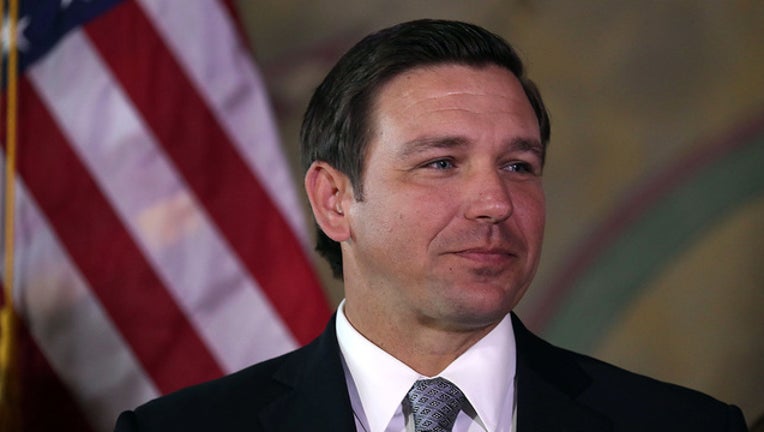 TALLAHASSEE, Fla. (NSF) - In what would be the largest budget in state history, Gov. Ron DeSantis on Friday released a proposed $91.3 billion spending plan that would increase school funding, pump money into water-quality projects and trim taxes.

DeSantis’ proposal is a starting point for lawmakers, who will negotiate a 2019-2020 budget during the legislative session that starts March 5. The Legislature typically makes significant changes to spending proposals offered by governors.

But DeSantis, who took office Jan. 8, touted his “bold vision for a brighter future budget.” He touted issues such as cutting taxes, with his proposal including a move to hold down property taxes that otherwise would go to schools and offering popular sales-tax “holidays.”

“I said throughout the campaign, Florida being a low tax state, I think, has been integral to our success and our growth,” DeSantis said during a news conference in the Capitol. “We want people who are working hard here to be able to live without being taxed excessively, and then we want to send a signal to the rest of the country that Florida is a good place to invest and move to because you’re going to be treated fairly.”

--- $21.7 billion for the main public-school funding formula, known as the Florida Education Finance Program, with an increase of $224 in per-student funding.

--- No tuition or fee increases for students at state universities and state colleges and $582.8 million for the Bright Futures scholarship program.

--- $625 million for Everglades restoration and water-quality efforts to address issues such as red tide and toxic algae.

--- $50 million for beach-restoration projects and $100 million for the Florida Forever land-conservation program.

--- $85 million to continue the Florida Job Growth Grant Fund, an economic-development program, and $76 million for the Visit Florida tourism-marketing agency.

--- Making permanent a $98 million cut in the Medicaid program through eliminating a longstanding policy about paying health-care bills that accumulate while people prepare to apply for coverage --- a concept known as “retroactivity.”

--- Elimination of the Agency for State Technology, with its responsibilities shifted to the Department of Management Services.

--- $335 million in tax savings, with $289.7 million in the “required local effort,” which are property taxes that go to schools, and $45.3 million in sales-tax holidays for back-to-school shoppers and purchases of disaster-preparedness supplies.

The proposed budget, which outlines potential spending for the fiscal year that starts July 1, would be an increase from the current year’s $89.3 billion budget.

DeSantis said the state is projected to have an additional $1 billion in general-revenue taxes, which are a key source of money for schools, health programs and prisons. Also, the proposed budget is larger because it includes federal and state money for responding to disasters such as Hurricane Michael and Hurricane Irma.

“I think that, all told, this is not a budget that is spending money unnecessarily,” DeSantis said.

House and Senate committees have scheduled a series of meetings next week to receive presentations on DeSantis’ proposal and to begin drilling into the details. It likely will not be clear until late April how much of DeSantis’ proposals will wind up in the final spending plan.

Senate President Bill Galvano, R-Bradenton, issued a statement Friday saying he appreciated DeSantis’ recommendations, which he indicated “reflect many of our shared priorities.” Also, Galvano said senators are looking forward to receiving a new estimate of general-revenue taxes. That revised estimate, which state analysts are expected to issue later this month, could affect the amount of money lawmakers will have available when they negotiate the budget.

“Developing a comprehensive budget recommendation within the limited time following the election was certainly not an easy task, and I commend the governor and his staff for completing this critical component of our state budget process,” Galvano said.