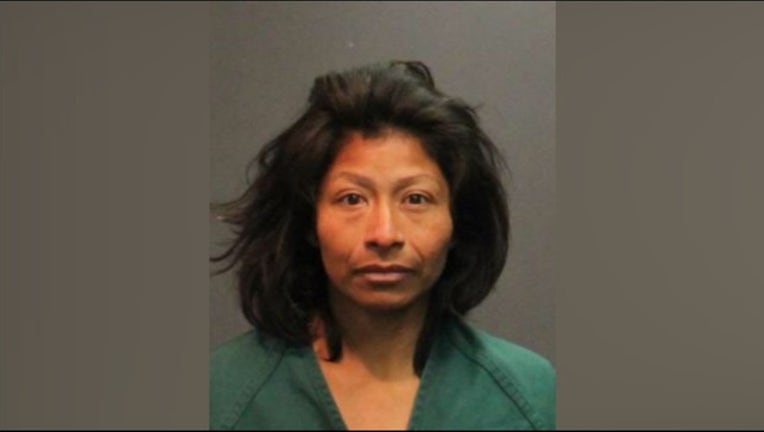 SANTA ANA, Calif. (CNS) - A woman who allegedly tried to kidnap a 12-year-old girl walking to school Wednesday morning in Santa Ana is now behind bars, thanks to a good Samaritan who intervened, police said.

Diaz allegedly attempted to abduct the girl about 7:45 a.m. on Main Street at McFadden Avenue as she was en route to Lathrop Intermediate School. A woman who was driving by is being credited with rescuing the youngster. She had just dropped her own child off at a local high school and was headed home when she saw the attempted abduction, Bertagna said.

"She doesn't know if it's a mother having an issue with her daughter, but something doesn't look right because the suspect is homeless and her hair's messy,'' Bertagna said. ``So she makes a turn, comes around and asked the young victim, `Are you OK?' and the victim looked at her and shook her head no, and she could see the fright in her eyes.''

The good Samaritan's ``motherly instincts kicked in and she told the suspect, `That's my child, give her back to me.' It took three times of her saying that and the woman let her go,'' Bertagna said.

The girl's rescuer drove her to her school, where police and her family were called.

The good Samaritan provided a detailed description of the suspect, and police ``saturated'' the area and tracked down Diaz, who's believed to be homeless, Bertagna said.

Police have not established any sort of motive, he said.

Amy Martinez, who spoke to reporters with her aunt standing nearby, told local media that she was scared when the suspect approached and grabbed her in a bear hug.

"I thought that I was never going to see my mom or my family again,'' she said.

"She told me in Spanish not to cry,'' the child said.

The girl's rescuer, who did not want her name used, told reporters that the youngster ``was kind of struggling to get away, so then those were the signs that something wasn't right.'' She said she ``was basically yelling, `Let her go,' so as soon as my voice changed, she let her go and Amy walked (to) my car.''

The corporal praised the girl's rescuer.

"We always say if you see something say something. Well, she saw something and did something,'' Bertagna said.