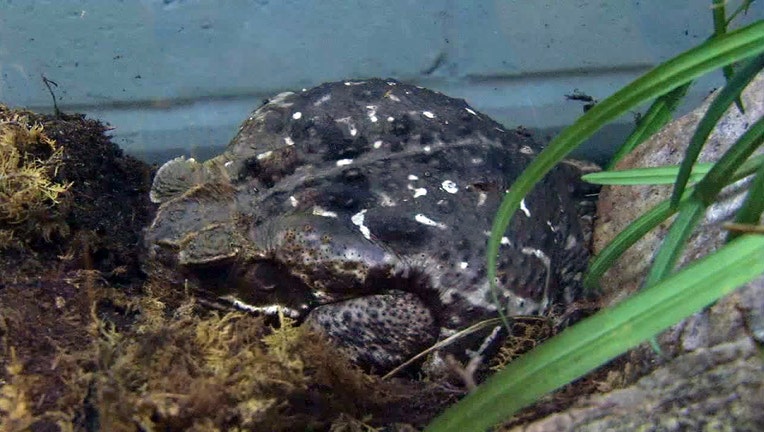 TAMPA, Fla. - The yearly invasion of the poisonous cane toad, sometimes called a bufo toad, is underway in South Florida.

These toads are big, ranging in size from 4-6 inches and sometimes weighing a couple of pounds. Their skin secretes a toxin which can cause a rash for humans and can be deadly to pets and other animals.

They are native to Central and South America and are classified as an invasive species in over 20 countries. It's believed they were brought to Florida in the 1940s to eat pests in sugar cane fields and then introduced to Miami by a pet importer in the 1950s.

Now, they show up in neighborhoods across Florida and cause damage to native wildlife, vegetation, and family pets. Many agencies say the best thing to do if you find a bufo toad is to humanely kill it.

The bufo toad is usually identified by its size, alone. UF says any frog longer than 4 inches that's found in Florida is probably a cane toad. You can tell a cane toad from its smaller relative, the native southern toad, by the glands on the side of its head the lack of crests on top of its head. 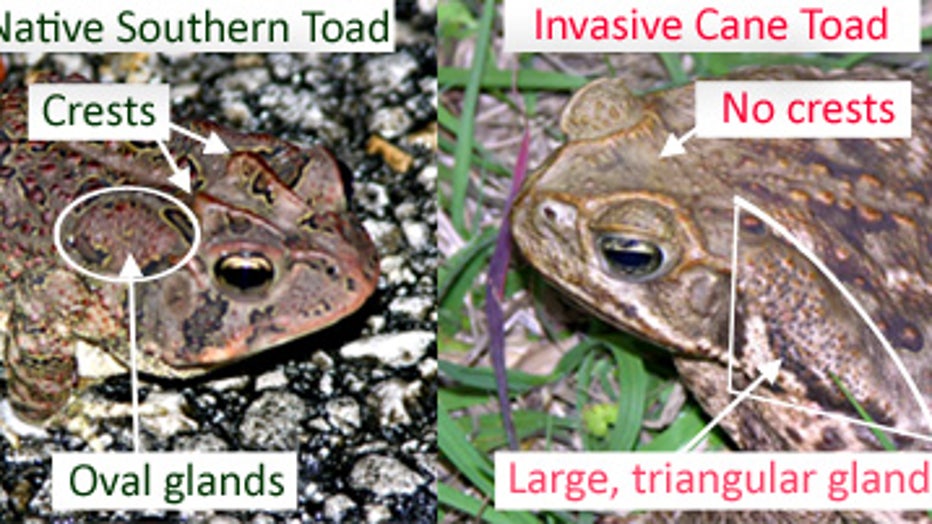 Cane toads eat just about anything, including native frogs, lizards, snakes, and small mammals, according to the University of Florida Department of Wildlife Ecology and Conservation.

The most disturbing impact of bufo toads is the poison they release from the glands on their sides. If a dog bites down on a cane toad, the toxin squirts or oozes out into the dog's mouth.

Within a few minutes, the dog may begin to froth at the mouth, have seizures, become disoriented, or even die.

For information about how to treat a pet that has come in contact with a cane toad, watch this video from the University of Florida IFAS.