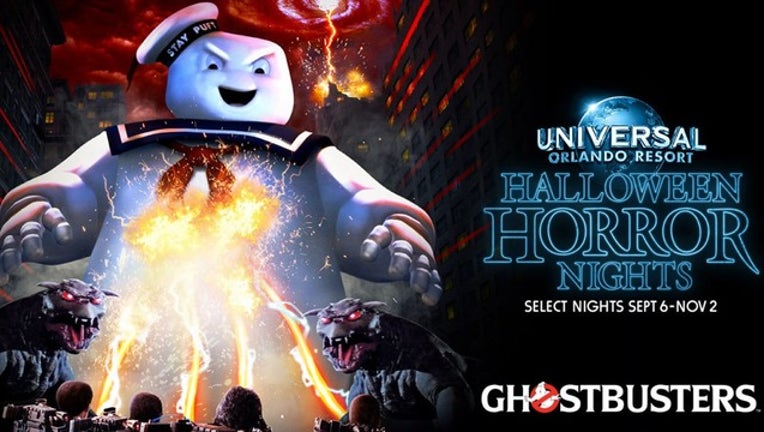 According to the Universal Orlando Resort blog, Sony Pictures' Ghostbusters is coming to this year's Halloween Horror Nights event as a haunted house.

The attraction will put guests through the 1984 film, allowing them to walk through the New York Public Library, the Temple of Gozer, and more. A rift opens up while in the streets, releasing ghoulish spirits, hideous specters and ectoplasm-dripping phantasms.

Characters from the film, like Peter, Ray, Egon, and Winston, will reportedly be in the house as they try to save the day. Guests can also expect to come face-to-face with Gozer the Gozerian and Stay-Puft Marshmallow Man.

The Ghostbusters film is celebrating its 35th anniversary this year.