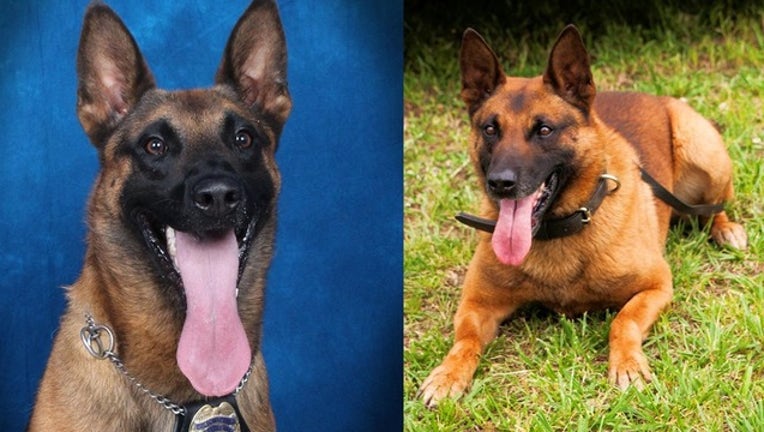 News outlets report the Gwinnett County police dog named Eli was working with his handler in Snellville on Thursday when he began to show symptoms believed to be heat-related. A police statement says the eight-year department veteran had been tracking the suspect for about 30 minutes in 90-degree weather.

It says the 9-year-old dog was quickly taken to a local veterinarian for treatment but didn't recover.

Details surrounding the chase and suspect are unclear.