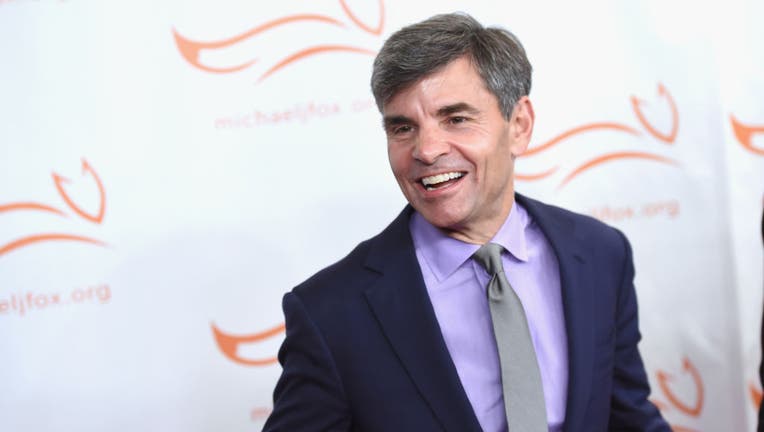 George Stephanopoulos on the red carpet of A Funny Thing Happened On The Way To Cure Parkinson's benefitting The Michael J. Fox Foundation at the Hilton New York on November 11, 2017. (Photo by Nicholas Hunt/Getty Images)

ABC News’ “Good Morning America” co-host George Stephanopoulos announced on Monday that he tested positive for coronavirus but feels “great” and currently doesn’t have any symptoms.

Stephanopoulos’ wife, actress Ali Wentworth, announced earlier this month that she had tested positive for coronavirus. She detailed “horrific body aches,” a fever and a heavy chest in an Instagram post. Stephanopoulos began working remotely after being exposed to his wife and eventually took a test himself.

“There was one night, several weeks ago, where I went to bed early with some lower back pain. I actually thought it was from a hard workout… it cleared up the next morning and several days after that, I had one day where I had a diminished sense of smell, but that’s really been it for my symptoms,” Stephanopoulos said. “I was taking the test fully expecting it was going to come back negative but, in fact, it did come back positive.”

“It’s affected Ali and I in such different ways,” Stephanopoulos said.

Wentworth, who is feeling better, self-isolated in an attempt to keep the virus away from her family members, but Stephanopoulos caught it anyway. He joins CNN’s Chris Cuomo, Brooke Baldwin and Fox News’ Jedediah Bila as prominent news hosts who have tested positive.

“She was such an amazing human being... I worked with her on all my big shoots," Stephanopoulos said. "She was an incredibly competent and fearless producer.”