Two men walk into the store, one of them carrying a baseball bat. Just like that, he smashes open the glass case. They grab four Xbox Series S consoles inside and race out the door.

"No doubt, they were pretty bold and brazen," says Lt. John Herrell, a spokesman for the Lake County Sheriff's Office

Deputies say before the pair broke open the display, they walked around for a while inside scoping out the business.

"I think it became pretty obvious that they had entered in there initially just to case the place and find out what the store had that they could take," Lt. Herrell says.

Deputies say the consoles together cost more than a thousand dollars. The thieves also grabbed a controller but dropped it as they escaped. They say normally, these kinds of thefts happen while the store is closed. The crime leaves shoppers shaking their heads.

"If I was there, I would've sat there and called the cops right then and there," said shopper Alan Francis.

Deputies are hunting for these suspects and asking anyone who knows who they might be to please reach out to them. They say they were able to lift the thieves' fingerprints from things they touched in the store. 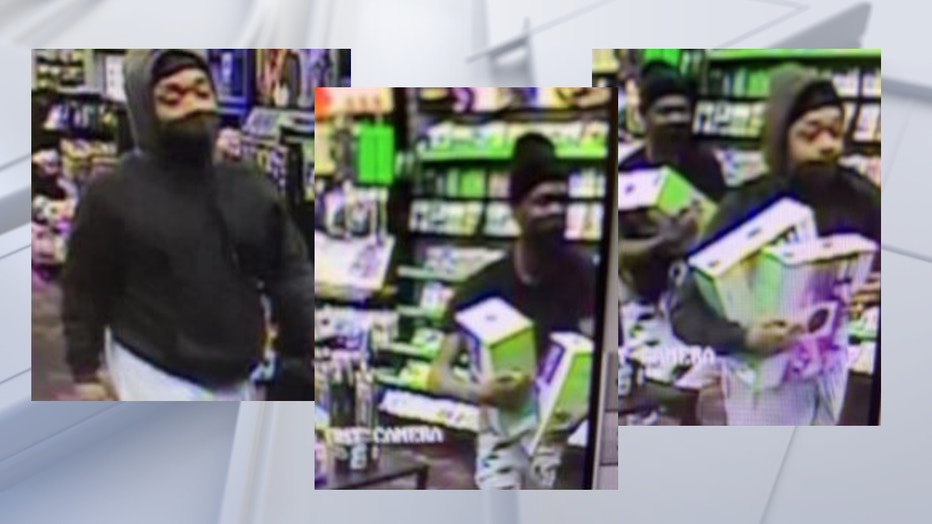 If you can identify one or both of these individuals please contact Detective Javier Landa at javier.landa@lcso.org or call 352-343-9529. You can also provide a tip anonymously using our mobile app or by calling Crimeline at 800-423-TIPS (8477).