The search for Brian Laundrie moved from a swampy Sarasota preserve back to the home he shares with his family Monday. FBI agents spent most of the day searching the home, filling police vehicles with evidence, and speaking with his parents.

NORTH PORT, Fla. - FBI agents entered the Florida home of Christopher and Roberta Laundrie on Monday after a body was found Sunday in Grand Teton National Park that matched the description of missing woman Gabby Petito.

Brian Laundrie, Petito’s fiancé, has been reportedly missing since Sept. 14, with his parents filing a missing persons report on Sept. 17.

Who are Brian Laundrie's parents, Christopher and Roberta Laundrie? 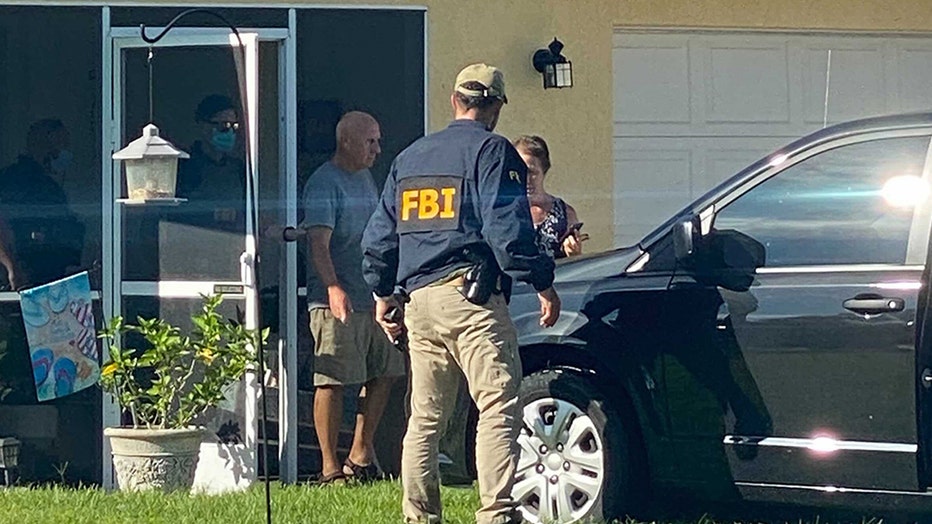 Cassie Laundrie, who spoke with ABC's "Good Morning America," may have been born in Bayport, N.Y., and Brian Laundrie met Petito in Bayport-Blue Point High School.

The Laundries own Juicer Services, a company started in 2017 that sells and services commercial juicing equipment. The Florida company registry lists Roberta Laundrie as the "registered agent" of the company, and a New York registry from 2018 lists Christopher Laundrie as CEO of the company.

The couple runs the company out of their home, which is a 10,000-square-foot property. The dates would indicate that the Laundries likely moved to Florida in 2017 as part of their business plan for their company.

Brian Laundrie and Petito moved in with his parents in 2019; the following year, they got engaged. The couple both worked at a Publix supermarket prior to their road trip.

After a body matching Petito's description was found Sunday in Wyoming, Christopher and Roberta Laundrie issued a statement through their lawyer, Steven Bertolino: "The news about Gabby Petito is heartbreaking. The Laundrie family prays for Gabby and her family.

The couple has otherwise largely remained quiet following the missing persons report for Petito, avoiding questions whenever they made a brief appearance outside their home. The Laundries said they picked up Brian Laundrie's Ford Mustang Tuesday from the nature reserve where the search was taking place, though they did not report him missing until police showed up at their home Friday.

How the new 911 calls fit into the timeline

We're now hearing details of the 911 call that prompted a police stop before Gabby Petito -- and, later, Brian Laundrie -- disappeared.

A search warrant released Monday revealed that police had already searched the couple's van and found an external hard drive they plan to search for any clues.

Investigators are still asking the public for help in locating Brian. They say he is a white male, 5-foot-8 and weighing 160 pounds. He has brown eyes, very short brown hair, trimmed facial hair, and was last seen wearing a hiking bag with a waist strap.