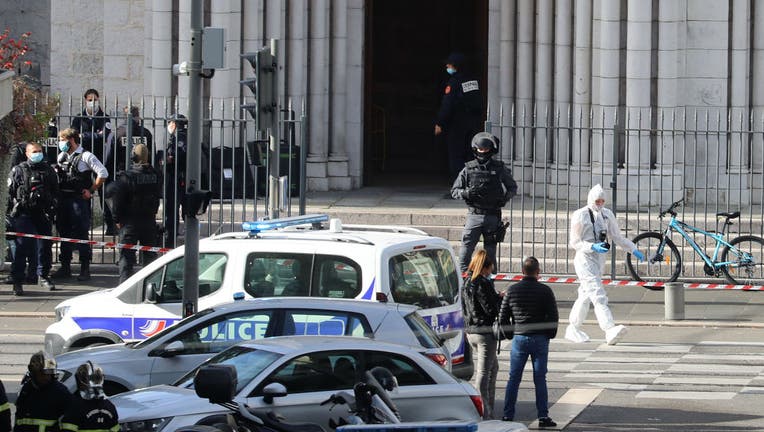 French members of the elite tactical police unit RAID enter to search the Basilica of Notre-Dame de Nice after a knife attack in Nice on October 29, 2020. - A man wielding a knife outside a church in the southern French city of Nice slit the throat o

PARIS - French anti-terrorism prosecutors are investigating a knife attack at a church in the Mediterranean city of Nice that killed two people and injured several.

French police say two people have been killed and several others were injured.

The assailant was arrested after the Thursday morning attack and taken to a nearby hospital after being injured during his arrest, a police official said. He was believed to be acting alone, the official said.

The reason for the attack is unclear. It comes as France is under high alert for terrorist attacks.

The lower house of parliament suspended a debate on new virus restrictions and held a moment of silence for the victims.

The prosecutor’s office and national police said that an investigation was opened into an attack with a terrorist connection after Thursday’s stabbing. The exact motive of the attack was unclear but comes as France is under high alert for terrorist acts amid tensions over the publication of caricatures of the Muslim prophet Muhammad and after two other recent attacks.