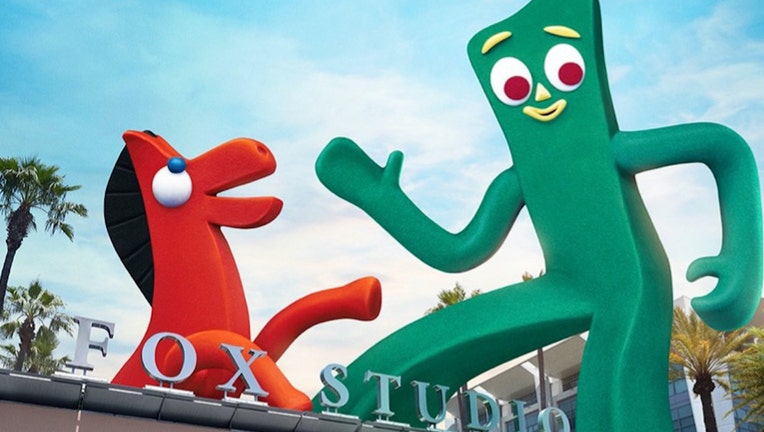 CHICAGO - Gumby has a new home!

The iconic claymation character and all his friends are set to join the FOX Entertainment line-up. The company acquired the rights from the estate of creator Art Clokey. This could pave the way for new additions to the Gumby-verse across broadcast, streaming and beyond. FOX currently has hopes for a new animated series and live-action original content, as well as NFTS, consumer products, publishing and more.

In addition to reimagining "Gumby" for a new generation, FOX also now owns the full library of existing "Gumby" animated series, specials, movies and music, which will expand the current offerings on Tubi, the entertainment company’s free streaming platform.

WATCH FOR FREE ON TUBI: "The Gumby Movie"

"It’s an honor to roll out the green carpet for Gumby and Pokey as they make the FOX Lot their new home and get ready to entertain audiences everywhere for generations to come," said FOX Entertainment CEO Charlie Collier. "Competition for iconic intellectual property is fierce and uncovering this gem, with its built-in global awareness and affinity, and bringing it to FOX adds meaningful value and creative possibilities to every corner of the company."

Meanwhile, "Gumby" himself added, "I told them that Pokey and I are talent they can mold. Literally."

All questions on how Gumby manages to produce sound without a laryngeal skeleton should be directed to Gumby’s representation.

Watch four generations of Gumby streaming for free on Tubi!

The Gumby Show: Complete 1950's Series (1956): Enjoy the original, remastered, innovative and imaginative claymation adventure series of the 1950s that mesmerized children and adults of all ages. Rated TV-G. 22 episodes.

The New Adventures of Gumby: The 1980's (1988): The stop-motion animation fun continues with America’s favorite clay-mate, Gumby. And this time his sister, parents and new friends are joining in! Rated TV-Y. 99 episodes.

The Gumby Movie (1995): The first and so far only feature-length Gumby film missed with critics and flopped at the box office, but it’s since gone on to become a cult favorite. The plot follows Gumby as he decides to put on a benefit concert to help some local farmers save their land from the Blockheads' nefarious E-Z Loan company. That simple premise takes a decidedly sci-fi turn when the Blockheads kidnap Gumby, his band and his dog in order to create robotic clones of them. Rated TV-G. 88 minutes. Dir: Art Clokey. Featuring: Dal McKennon, Art Clokey, Gloria Clokey.