ORLANDO, Fla. - Tropical Storm Eta made landfall around 4 a.m. Thursday morning near Cedar Key and is now moving offshore after leaving behind debris, power outages, and flooding in Florida.

Eta is moving northeast near 18 mph and packing maximum sustained winds of 40 mph. It has moved offshore of Florida. 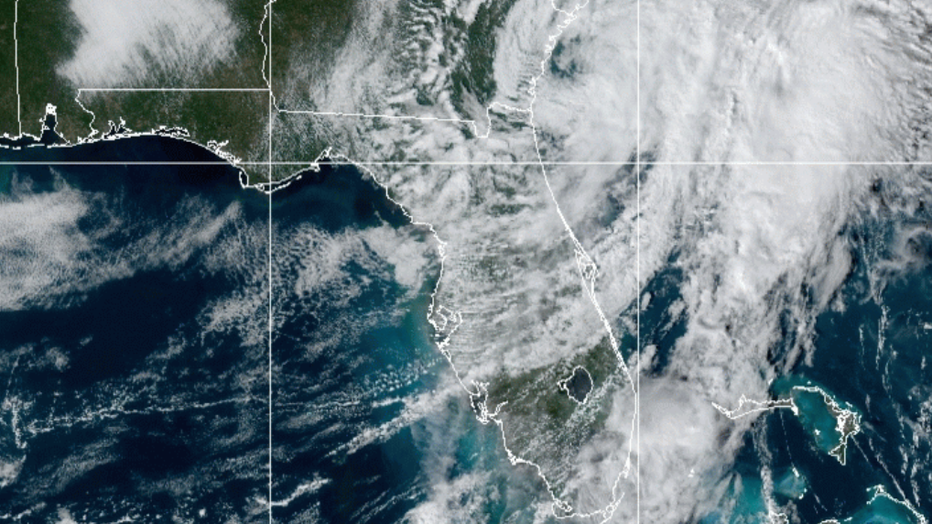 Western counties were hit the hardest with many streets and neighborhoods from Madeira Beach to St. Pete being flooded as Tropical Storm Eta pummeled Pinellas County. 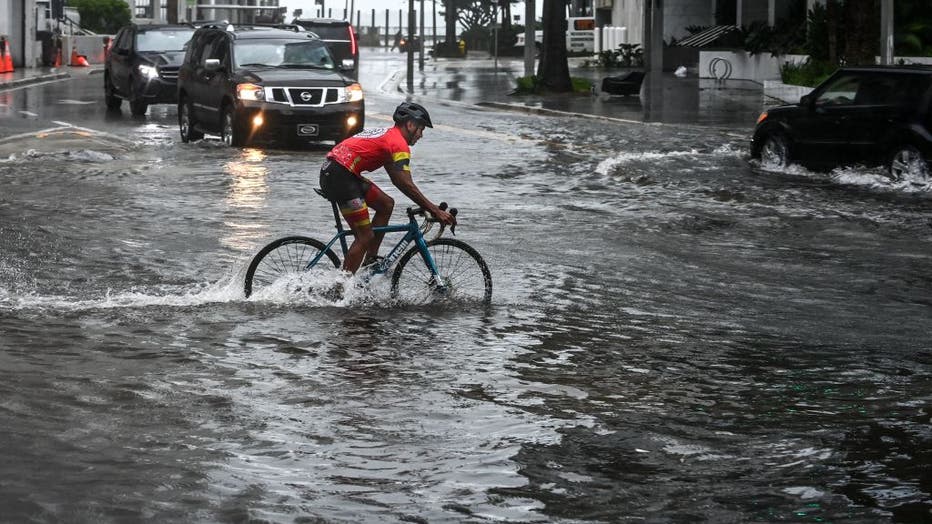 A cyclist rides through the flooded street during heavy rain and wind as tropical storm Eta approaches the south of Florida, in Miami, Florida on November 9, 2020. (Photo by CHANDAN KHANNA/AFP via Getty Images)

In Bradenton Beach, Mark Mixon stepped into his flooded garage as he was laying sandbags around his home on Wednesday evening and was electrocuted, said Jacob Saur, director of public safety for Manatee County. There were appliances plugged into the garage and when Mixon stepped into the water, he was killed, Saur said.

Rescue crews had to wait for Florida Power and Light, which was responding to power outages from the storm, to deenergize the grid for the neighborhood where Mixon lived before they could assist, Saur said.

There were no other immediate reports of any injuries or serious damage in the Tampa Bay area as the storm skirted past that region Wednesday afternoon. 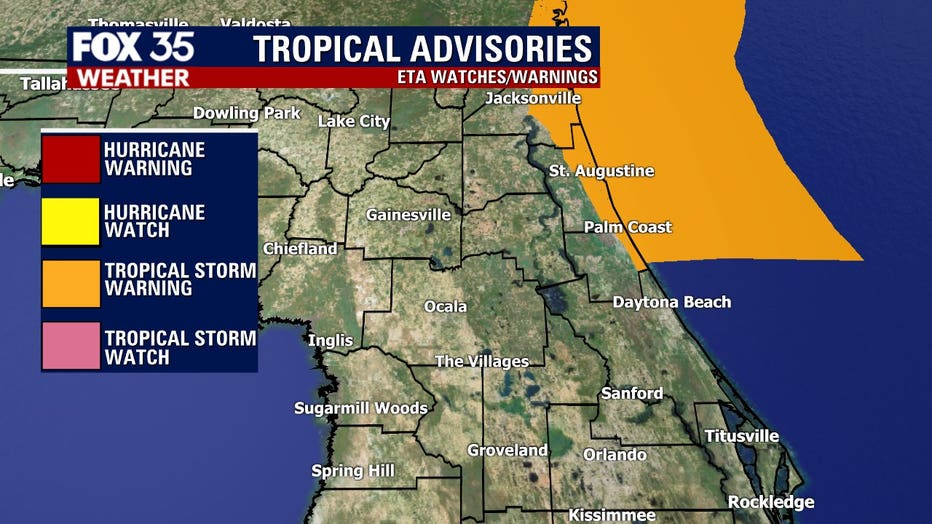 There are less than three weeks left in the 2020 Atlantic hurricane season and we're currently keeping tabs on three systems.

The NHC said Theta became our 29th named storm of the season, breaking a previous record set in 2005.

The system is moving east-northeastward over the eastern Atlantic at 12 mph with maximum sustained winds of 65 mph. Little change in strength is forecast through Friday. Slow weakening is forecast to begin over the weekend.

Theta is expected to remain over the eastern Atlantic for the next few days and poses no threat to Florida.

A tropical wave located over the eastern Caribbean Sea is producing a large area of disorganized showers and thunderstorms.

The NHC says the wave is expected to move slowly westward into more conducive environmental conditions over the next several days, and a tropical depression is likely to form late this week or this weekend when the wave reaches the central or western Caribbean Sea. 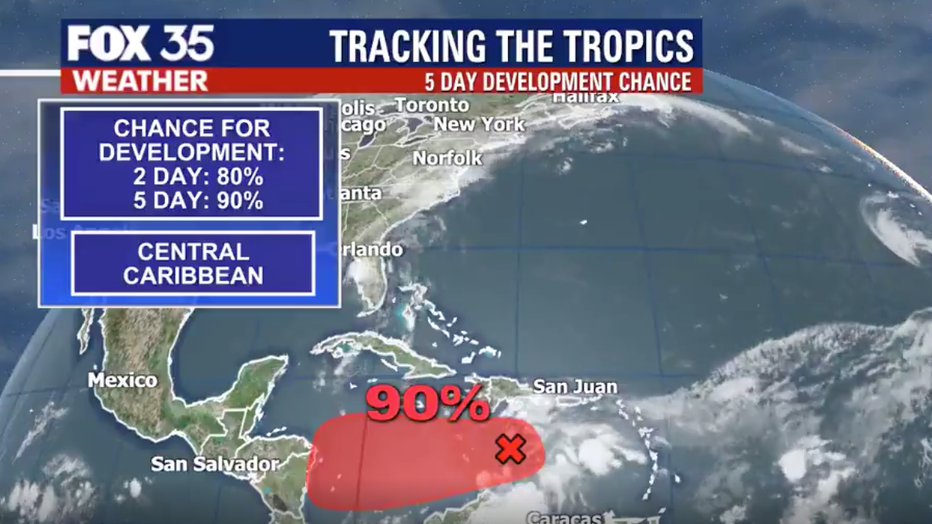 Regardless of development, this system is reportedly expected to bring heavy rainfall along with possible flash flooding to the Virgin Islands, Puerto Rico, and portions of Hispaniola over the next couple of days.

Forecasters give it an 90 percent chance of developing over the next five days and if it develops into a named storm, it would be named 'Iota.'