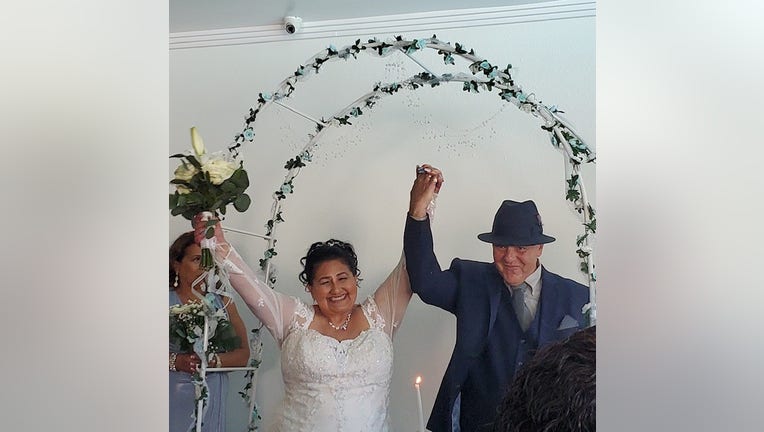 So, it's not lost on them that they will never be alone again.

Morris and Canalas, both 62, were married on July 16 at the Los Caballeros Club in Fountain Valley in Orange County, with more than 100 friends, relatives and prison rights activists cheering as they took their vows.

He added that he loves just holding hands with his new bride.

"And we laugh and we giggle and we see the world through each other's eyes," Morris said.

They chose the date in honor of the three hunger strikes that were held over the use of solitary confinement as punishment in California's prison system. The most famous of the strikes was on July 8, 2013, held outside Pelican Bay State Prison – where Morris lived since 1991 – and where activists carried signs bearing his name and picture.

They even engraved the dates of the hunger strikes on their champagne glasses. And on the day after their wedding, they held a solitary confinement symposium.

The pair  first met in September 2017, just after Morris was released from prison, after being convicted of second-degree murder in 1978 when he stabbed a man to death at a fight that got out of hand.

For her part, Canales has spent a total of 20 years in prison, some of it in solitary confinement, for drug-related crimes. She's been sober since 2001 and out of custody since 2009.

A mutual friend, Danny Murillo, founder of UC Berkeley's Underground Scholars, asked Canalas - whom he knew through her prison activism – to give Morris a ride to an event.

"My homeboy just got out," Canales remembers him saying. "And so I went to go pick him up."

And they had their first official date in Oct. 7, 2017, taking a $1 ferry to Balboa Island in Newport Beach.

"And of course, in 40 years, not ever, you know, having your toes sinking to the sand in the ocean and things like that," Canales said, recalling how special the day was for her and Morris. "So a lot of it was just so intense. Life was so magnified."

Putting his toes in the sand was so different from the last four decades of living in a concrete box where Morris said he was "surrounded by nothing but steel in my shadow."

MORE: Couple can't get married via video in California prison 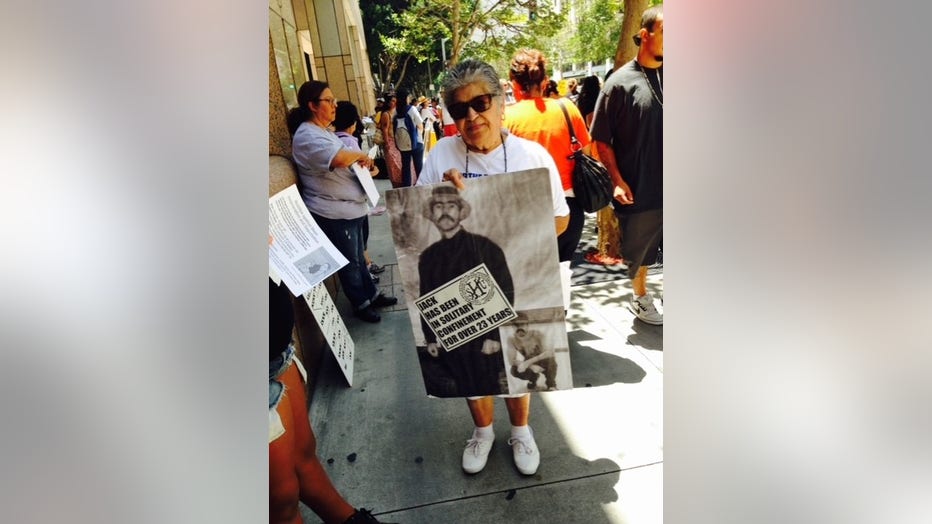 Not only do Morris and Canales get each other, have many shared experiences and laugh over the same jokes, they are also both also interested in helping others less fortunate than they are.

For example, Morris loves the way Canales organizes bus trips for families to visit relatives in prison who can't afford the treks themselves.

"We would drive a bus from Los Angeles to the California-Oregon border," Morris said. "All these people we didn't know and just take them to see their family members going to prison."

Morris has been married before but his wife died. This is Canales' first official marriage.

Morris works for the re-entry department at Saint John's Community Health, a federally funded program in Los Angeles. Canales is the director at the Bail Project. The both live in Norwalk, Calif.

The couple plan to honeymoon in Italy and Scotland, and then open up some type of home for foster children or those re-entering society after prison life.

They're not exactly sure what's in store for them in the long-term future.

But what they do know is that they won't be alone again.

"All we know," Morris said, "is that together it's going to be met with us holding hands." 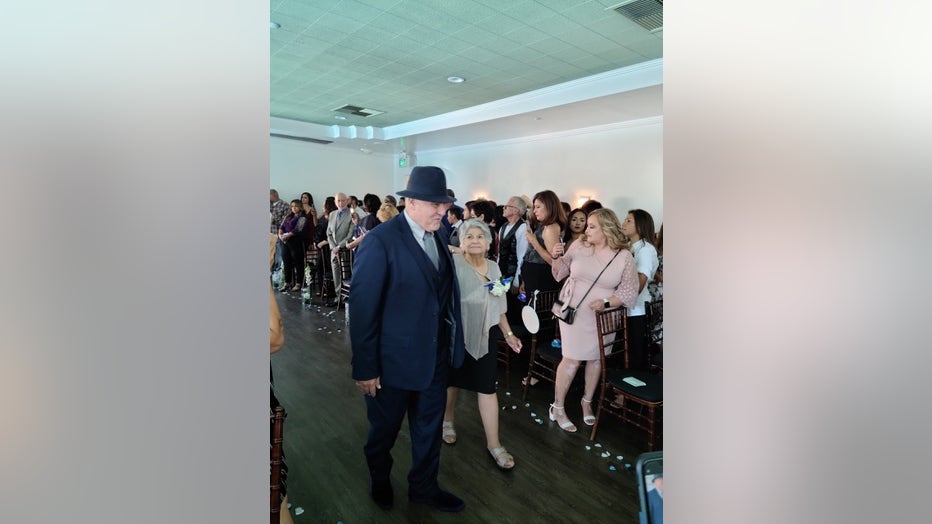 A family friend whose son is still in prison walks Jack Morris down the aisle. Photo: @day1pictures Johnny Perez 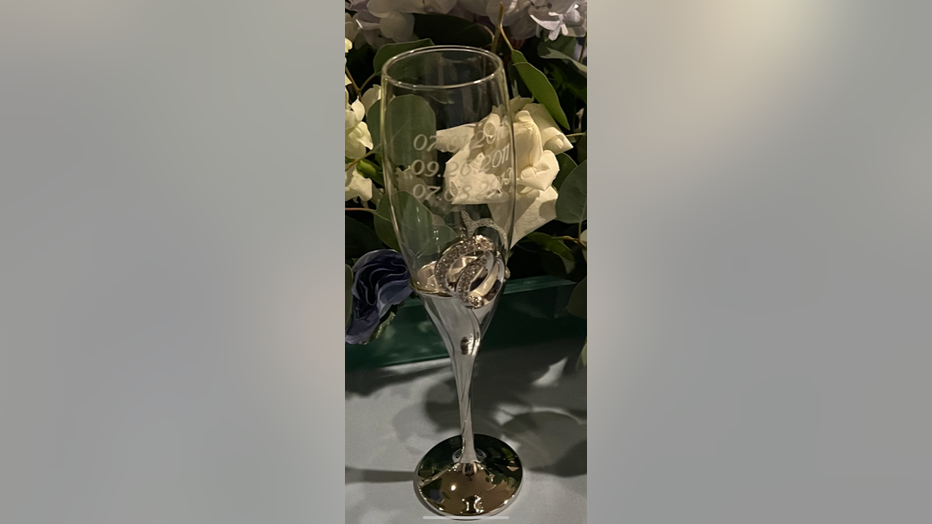 This champagne glasses has the dates of California's three prison hunger strikes. 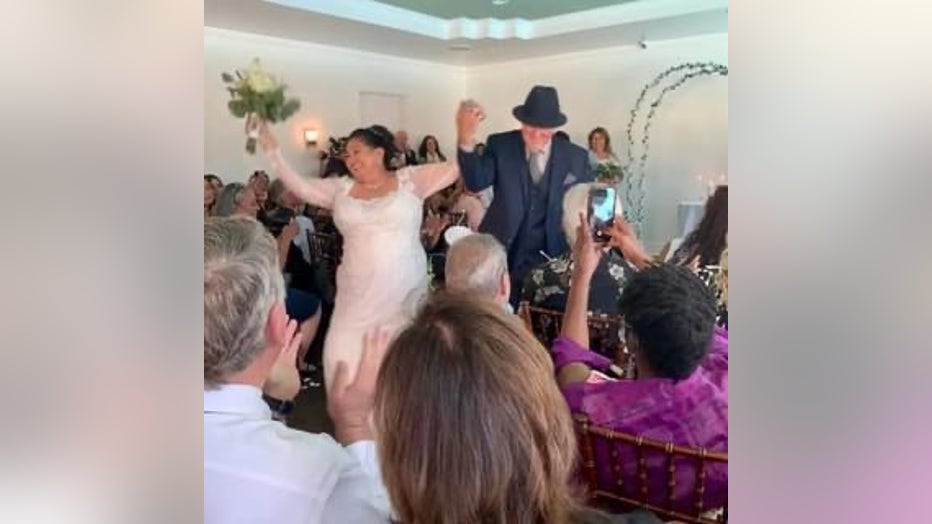