The Florida Department of Law Enforcement issued a warrant for Rebekah Jones, Florida's former health department coronavirus dashboard builder, whose home was raided by state agents. Jones said in a post on social media that she is turning herself in to investigators.

The FDLE says that Rebekah Jones has been under investigation since early November after someone illegally accessed the state’s emergency alert health system, warning employees "to speak up before another 17,000 people are dead. You know this is wrong. You don’t have to be a part of this. Be a hero."

Federal authorities raided her home in December, seizing her computers and other data equipment.

Jones, who has been highly critical of Republican Gov. Ron DeSantis on social media and questioned the validity of the state’s COVID data, said that she is turning herself into investigators on Sunday night. 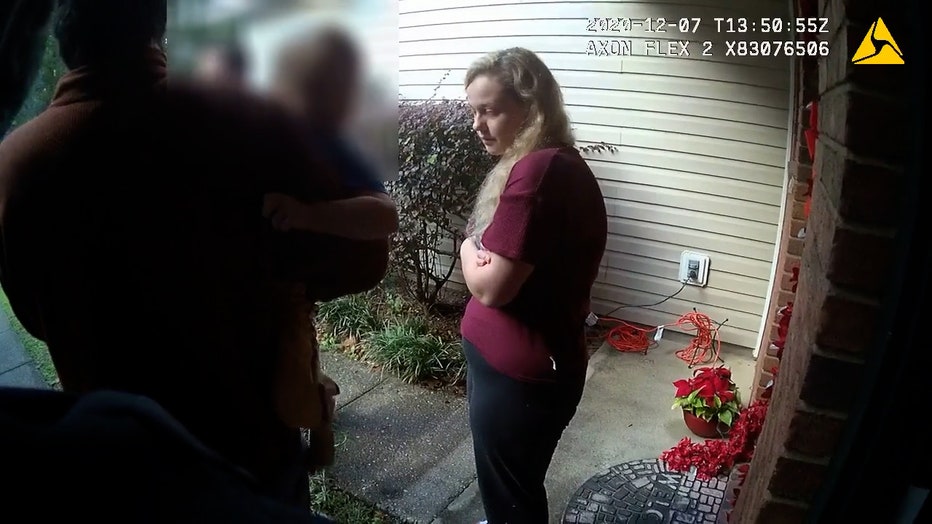 She posted a long Twitter thread, claiming that the FDLE has found no evidence of a message sent last November to any Department of Health staff telling them to "speak out" on any of the devices they took.

"The entire basis for the raid on my home in Dec. The warrant was based on a lie. We argued this in court last week. This should be victory," she said.

Jones went on to say that "I'm ready to fight whatever they throw at me, I'm turning myself into police in Florida Sunday night. The Governor will now win his war on science and free speech. He will not silence those who speak out."

It’s unclear what exact charge she might face. Jones said on Twitter that "the warrant was based on a lie" and noted a state agent told her the arrest warrant is unrelated to the December raid.

An FDLE agency spokeswoman said they could not provide additional details until Jones surrendered.

The agency also confirmed it had "analyzed forensic evidence that was within the scope of the December search warrant," according to an email statement to The Associated Press. It did not elaborate on the evidence.

Jones was fired from her post in May after she raised questions about Florida’s COVID-19 data. She had been reprimanded several times and was ultimately fired for violating Health Department policy by making public remarks about the information, state records show.

"FDLE found no evidence of a message sent last Nov. to DOH staff telling them to ‘speak out’ on any of the devices they took ... However, police did find documents I received/downloaded from sources in the state, or something of that nature," she said in a series of Twitter statements.

DeSantis has defended the state’s handling of the case. After the December raid, Jones filed a complaint in Leon County Circuit Court alleging state police violated her rights to free speech and due process.