ORLANDO, Fla. - A former ringmaster for Ringling Brothers Barnum & Bailey is using his talents to help underserved children in Africa.

David Shipman co-founded the Orlando-based non-profit charity, 'The Baby Mine Project,' and they just released a lullaby CD called, “Baby Mine: A Lullaby Collection." It is part of the non-profit's first fundraising project to help an orphanage hospital in Kenya.

“It’s typical lullabies that everyone already knows and loves,” Shipman said. “When You Wish Upon a Star, a new rendition of a Million Dreams, Baby Mine, but we fused them with African children’s choirs.”

Shipman said the project is unique because not only does the album raise money for the hospital but the children actually listen to the music and take comfort in it. He said he first realized how foreign lullabies were to some children in Kenya and Uganda when he was singing one to an eight-month-old baby boy named Davis while he was volunteering in Africa.

“I was singing him a lullaby and other kids started picking up their pillows and blankets and crowding around and falling asleep on the floor and it kind of hit me that these kids maybe hadn’t been comforted by a lullaby before," he told FOX 35. 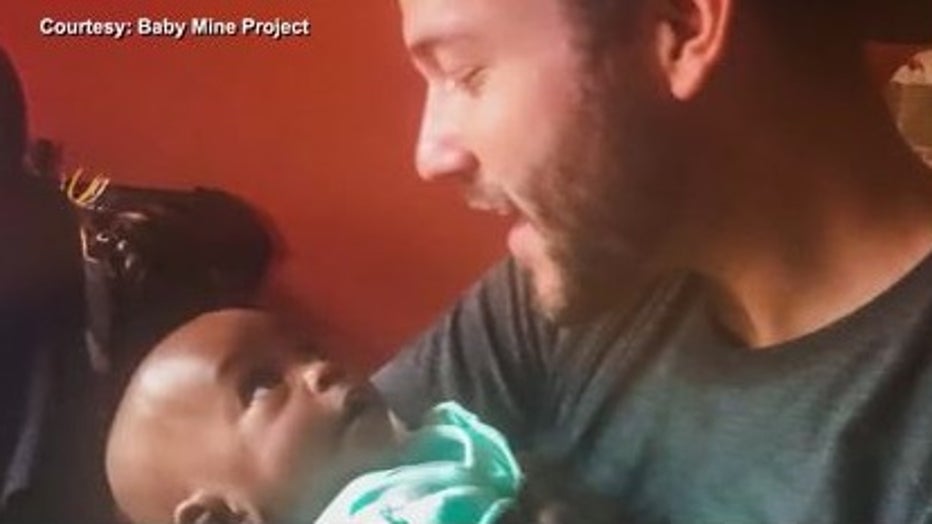 Shipman said the moment had a profound impact on him, stating, "to be hit by something that is so underdeveloped that was really powerful. So I knew when I came back [to the states] that not only did I want to create a lullaby album but I wanted it to benefit the health and wellness of the children who the album was benefiting.”

Shipman said he has always loved working with children and when he was a ringmaster for Ringling Brothers Barnum & Bailey, he helped create a show that they performed at children’s hospitals across the country. He said when the opportunity came up to volunteer with children in Kenya and Uganda, he jumped at the chance.

“I didn’t even think twice about it. I just knew that that was the next step," he explained.

Shipman worked with people across the world to create the 'Baby Mine: A Lullaby Collection' album, which consists of 15 songs. He worked with children’s choirs in Kenya and Uganda and made sure the messaging spoke to children who do not have parents.

“We constructed it without messaging of I’m your mother, I’m your father. It’s you are brave, you are safe and you are not alone and those are messages I think anybody could relate to, especially right now," he said.

The album was released over the summer and debuted at number five on the iTunes Children’s Music Charts. Half of the album’s proceeds benefit the hospital. The album is available on all major streaming platforms.

Shipman said he plans to release another album and wants to write a children’s companion book.