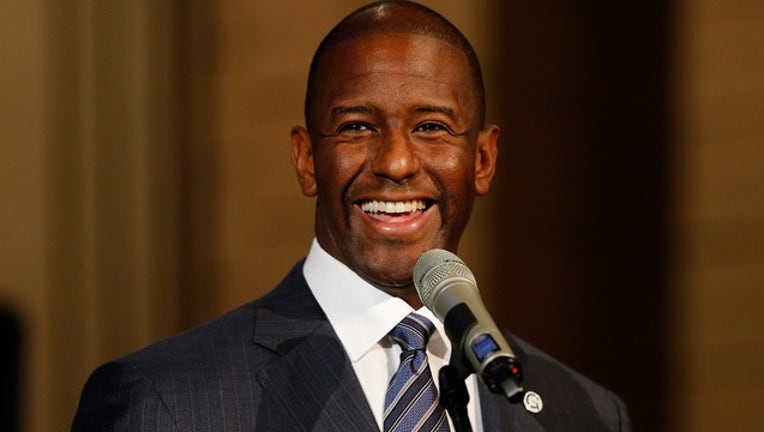 Despite his loss in the governor's race, Gillum is among the young Democratic Party liberals who excited party activists nationally. Gillum hasn't ruled out another run for office and has been an outspoken critic of President Donald Trump.

Earlier this month, the Institute of Politics at Harvard Kennedy School announced Gillum would be a 2019 resident fellow during the spring semester.

Florida's ethics commission last Friday said there's probable cause that Gillum violated the state's ethics law but Gillum has insisted he's done nothing wrong and is challenging the decision.